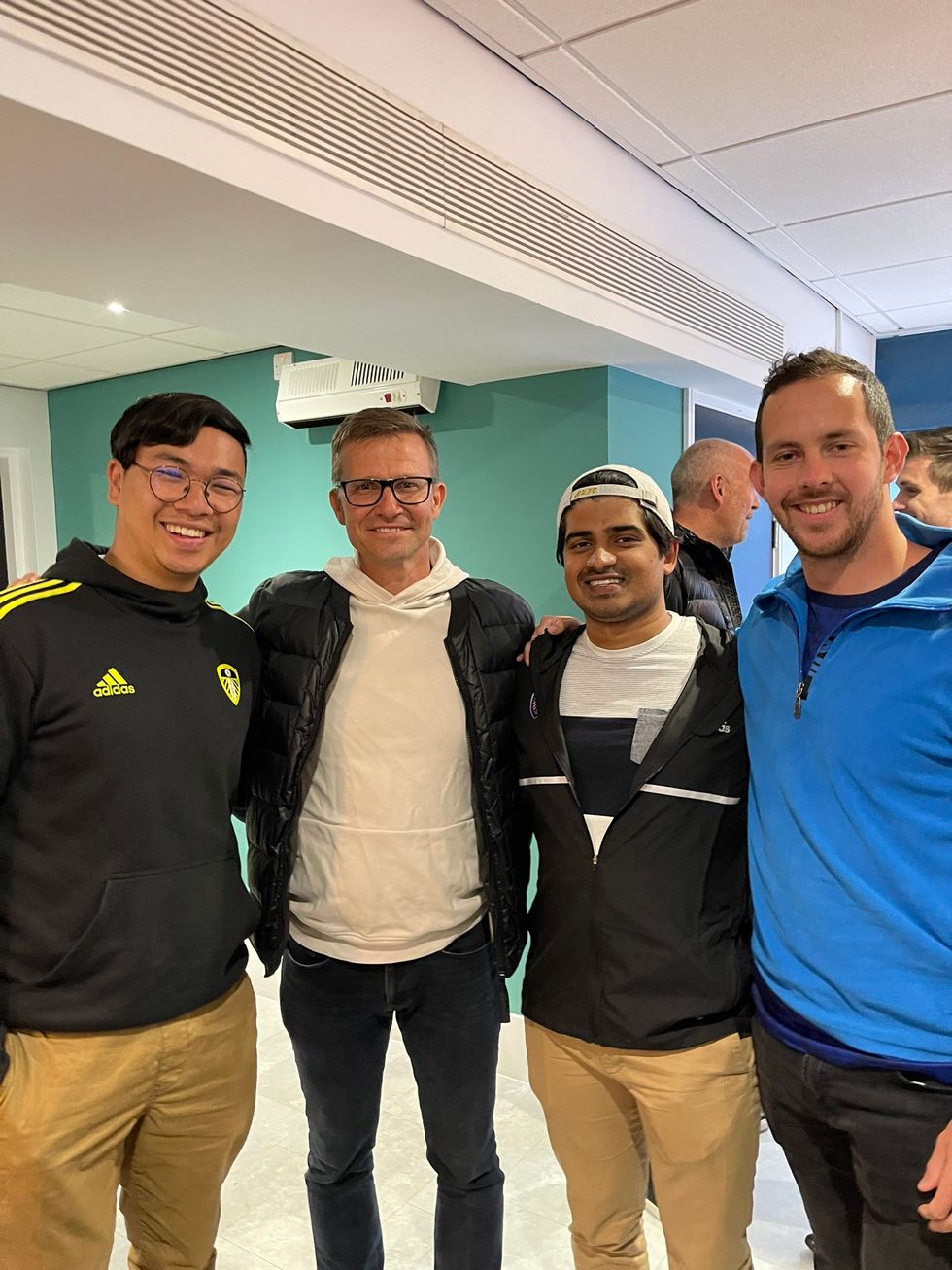 An American Leeds fan travelled all the way from Detroit to watch their youth team play after the two Premier League games he had planned to watch were postponed.

Chris Garcia, 26, booked his trip from Michigan to the UK – more than 3,500 miles – back in November with the intention of taking in Leeds’ home game against Chelsea and their trip to Crystal Palace as he stayed with his friend and fellow fan Daniel Deacon in London.

But the Chelsea game, initially scheduled for last weekend, was postponed because of the west London club’s participation in the FA Cup semi-finals and Saturday’s game at Selhurst Park was shunted back to Monday night for the sake of the TV schedules.

It left Mr Garcia, and friend Akshaay Ramanujam who flew from Chicago, with the prospect of flying thousands of miles and not seeing their beloved Leeds play.

But instead of cancelling the trip they decided instead to go and see Leeds’ Under-23 side take on their counterparts from Manchester City in the Premier League 2.

And after a tweet about his journey went viral, he and his friends even got given VIP status by the club as he was invited to watch the game from the directors’ box and got the chance to meet Leeds manager – and fellow American – Jesse Marsch.

“That was extraordinary that they even offered to to host us like that,” Mr Garcia told the PA news agency.

“Yeah, I made a long trip over here but I wasn’t expecting anything like that, anything at all.

“And it was a dream come true for me, for any sport really that I support – just being invited into an atmosphere like that was totally surreal.”

And he was able to discuss American soccer with Marsch, who asked Mr Garcia about a recent cup upset victory for his local team, Detroit City.

“I told him ‘you have my support from the US and I’m rooting for you as an American’,” Mr Garcia said.

“Just having that experience of meeting a couple of Leeds personalities was beyond anything that I would have expected.

“The way they treated me, the way the club handled us yesterday was just like a dream come true and it’s not something I’ll forget.”

Leeds lost the game 3-1 as the visitors sealed the league title.

But to make the night sweeter, Mr Garcia was involved in a record as the crowd of 21,321 was the largest ever attendance for an Under-23s game, beating the previous high of 17,525 for a match between Liverpool and Everton in 2017.

“That was really neat,” he said.

“It’s really cool to be part of breaking the record.”

Please log in or register to upvote this article
Leeds