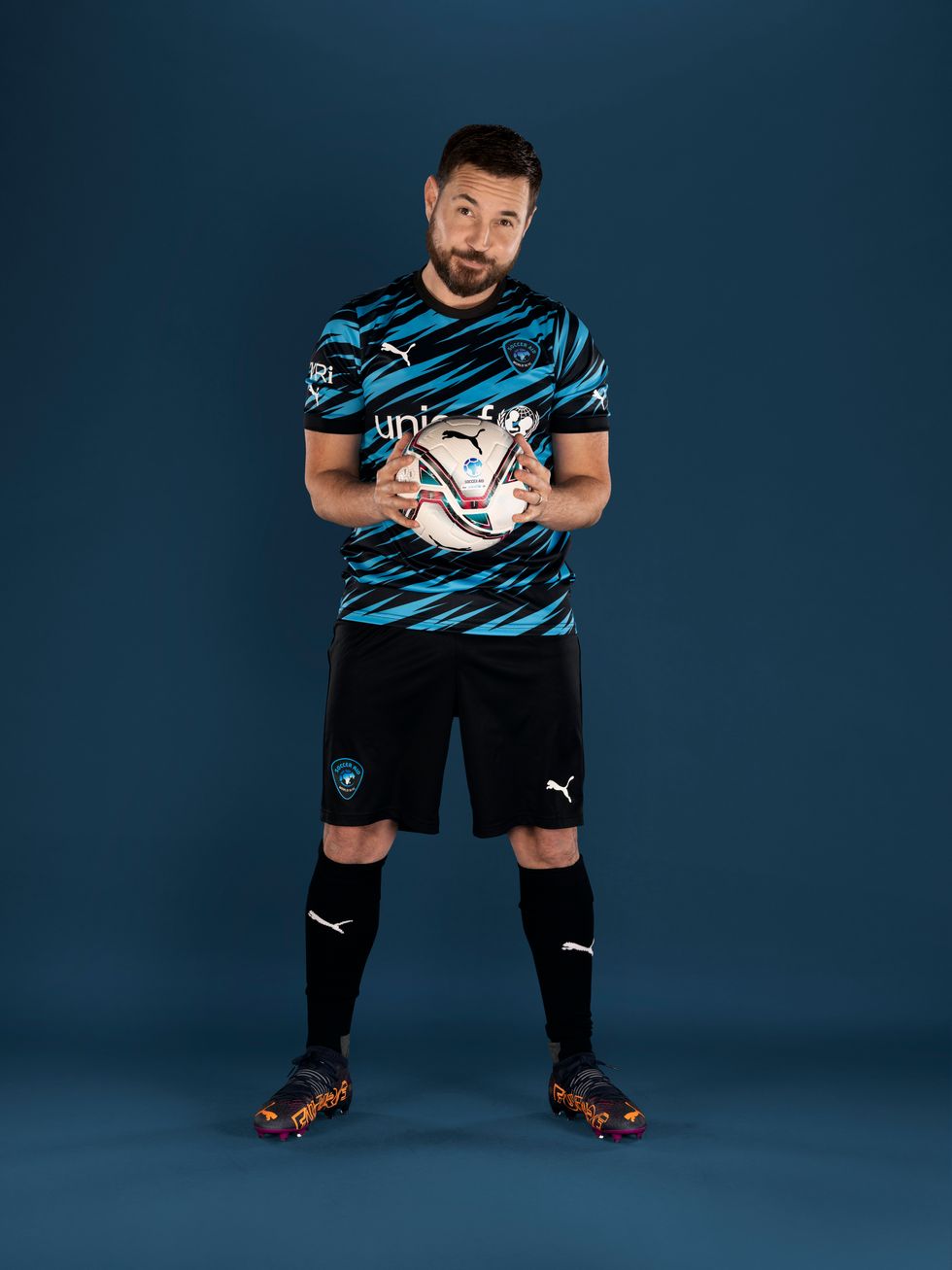 Martin Compston has said it was becoming an actor that allowed him to achieve his footballing dreams despite being a professional player when he was younger.

The 37-year-old year old Scotsman, who is best known for playing Detective Inspector Steve Arnott in Line Of Duty, will return to play for Soccer Aid 2022 as part of the World XI team.

Speaking to the PA news agency ahead of the star-studded charity match, Compston said: “It’s a weird thing in terms of I gave up on my dream of being a footballer when I was 17, when I was playing Scottish second division with (Greenock) Morton, but I was very realistic that that was probably about my level.

“So, weirdly, by giving up on that, I’ve sort of achieved my dreams, playing at all these amazing stadiums in front of huge crowds, with genuine legends, people who I would have never got to share a pitch with, so I’m very grateful for that.”

Among the famous faces also taking to the pitch at the London Stadium will be Olympic sprint champion Usain Bolt, singer Liam Payne and TV presenter Alex Brooker.

Compston also revealed that he finds himself starstruck and “shaking” when he meets his footballing idols, saying: “I don’t really get overly starstruck in terms of in our industry, because, you know, it’s just our work, but with footballers I really do.

“There’s times I can be shaking, when you see people like Roberto Carlos.

“For somebody who grew up as a football fanatic, it’s an incredible feeling.”

He added: “Playing on a pitch with (Alessandro) Del Piero and (Clarence) Seedorf and all these incredible names – it’s guys I grew up watching in Champions League finals.”

Mo Gilligan, Harry Redknapp, Gary Neville, Fara Williams and Chunkz will also make their return to the pitch this year.

Speaking about his former career as a professional footballer, Compston told PA he still faces pressure from his home town and friends to perform well when playing for Soccer Aid.

“You’re terrified of going home and getting a slagging from your mates. People in Greenock, my home town, my pals, they’re pretty ruthless – they’ll let you know if you had a bad game,” he said.

– Soccer Aid for Unicef 2022 takes place at the London Stadium on Sunday June 12, with tickets on sale at https://www.socceraid.org.uk/tickets/

Being the first disabled player at Soccer Aid is ‘massive’, says Alex Brooker