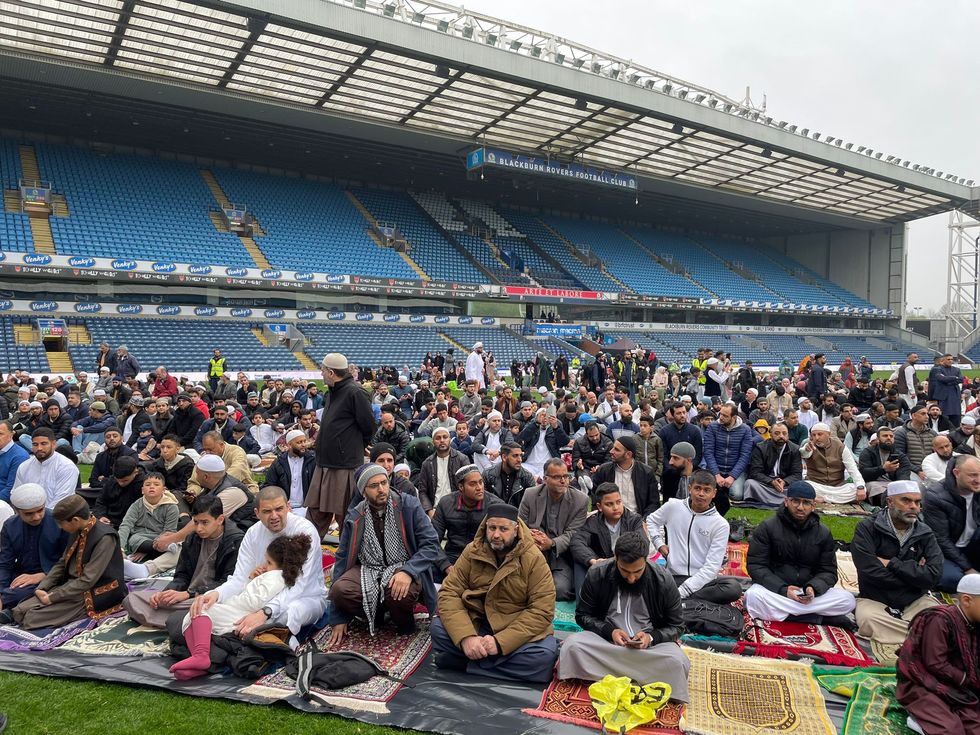 A football fan from Sudan who recently moved to the UK said “now I’m feeling like a part of the community” after Blackburn Rovers hosted Eid prayers on their pitch.

Hundreds attended Ewood Park on Monday morning – Blackburn say this is the first time in the country a football club has hosted Eid prayers on the pitch.

Sudan-born Ahmed Khalifa, 37, who moved to Blackburn from the UAE around four months ago, said he was “so happy” to see so many people at the Sky Bet Championship club’s ground.

“Eid for Muslims is something very special, gathering all the relatives together. This time, for us especially, we miss our relatives so much,” he told the PA news agency.

“So it was a very big deal for us to have this group of people. So happy to see all these people there.

“The people of Blackburn, they all seem like part of a community, but for me coming new to this city… now I’m feeling like a part of the community.”

With the holy month of Ramadan coming to an end on Sunday, Muslims will celebrate Eid al-Fitr for the first time without Covid-19 restrictions since the pandemic began.

British Muslims have been forced to observe Covid-19 restrictions during Eid-al-Fitr for the past two years due to the pandemic, placing curbs on the usual festivities including large indoor gatherings.

However, this year’s holiday marks the first since 2019 to take place without any limits on socialising.

“Eid Mubarak from everyone at Blackburn Rovers,” Blackburn tweeted, along with a video showing people gathering on the pitch.

“This morning #Rovers became the first football club in the country to host Eid prayers on the pitch.”

Mr Khalifa said he is a Manchester City fan, but added he will support Blackburn as well.

“Of course!” he said. “I know that is the English way to do – every city (has) to support their team whatever their team are doing, good or bad.

“I’ll support them until they make it.”

Robbie Savage mocks himself after seeing Ronaldo chatting to his son

Please log in or register to upvote this article
BlackburnEidIslamPrayerReligion