Adult howler monkeys ‘use play to keep the peace’ 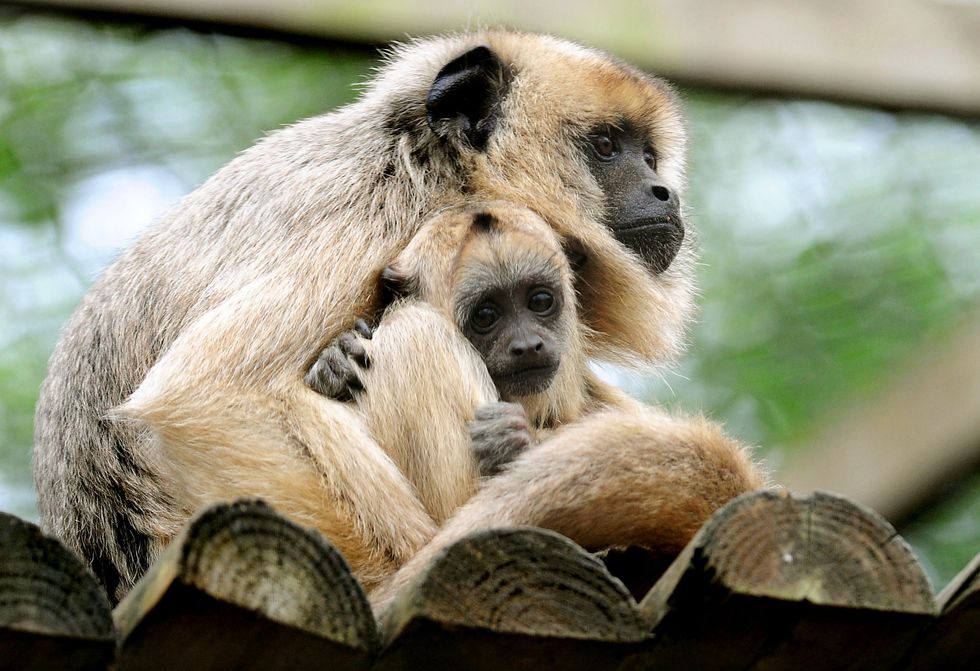 Adult howler monkeys use play to avoid conflict and reduce group tension, with levels of play increasing when they are faced with scarce resources, a study suggests.

Play involves monkeys hanging from their tails and making facial expressions and signals, such as shaking their heads.

It is a costly activity for howler monkeys in terms of energy, as they generally have an inactive lifestyle due to their mainly leaf-based diet.

Play is not always associated with frivolity or education

The research team recorded that play among adults increases in line with time spent foraging for fruit, and they believe that this is to keep the peace.

Howler monkeys typically eat leaves, and fruit is a highly-prized resource that generates competition among the monkeys.

The study, carried out by a team of researchers from Spain, Brazil and the UK, focuses on the activity of two subspecies of howler monkey – the Mexican howler and the golden-mantled howler – in the rainforests of Mexico and Costa Rica.

Howler monkeys do not have a fixed social hierarchy within their groups to navigate competition and conflict, and they do not engage in collective grooming, which is used by some primates for group cohesiveness and tension reduction.

Co-author Dr Jacob Dunn, Associate Professor in Evolutionary Biology at Anglia Ruskin University (ARU), said: “Despite its appearance and our own perception of what play means, play is not always associated with frivolity or education.

“Instead, we think it fulfils an important function in howler monkey society by reducing tension when there is competition over scarce resources.

“We found that levels of play are at their highest when howler monkeys are feeding on fruit – which is a valuable and defendable resource – and female adults play more than males.

“This is striking, as females would be more vulnerable to food competition than males.

“Howler monkeys are a particularly energy-conservative species, and we would have assumed females would have played less, as they are also constrained by the energy requirements of reproduction.”

Because juveniles do not pose a threat or provide competition at fruit trees, we believe that play amongst adults is a mechanism for solving conflicts within the group, in a similar way that grooming is used by some other primate species

Lead author Dr Norberto Asensio, of the University of the Basque Country in Spain, said: “One theory for the positive effect of fruit consumption on play is that a fruit-based diet simply provides the howler monkeys with more energy compared to their typical diet of leaves.

“However, if this was the case, we should have observed adults engaging in more play with all members of the group during fruit foraging, rather than just with other adults.

“Because juveniles do not pose a threat or provide competition at fruit trees, we believe that play amongst adults is a mechanism for solving conflicts within the group, in a similar way that grooming is used by some other primate species.”

– The study is published in the journal Animal Behaviour.

Utah woman discovers she 'married her cousin' while pregnant