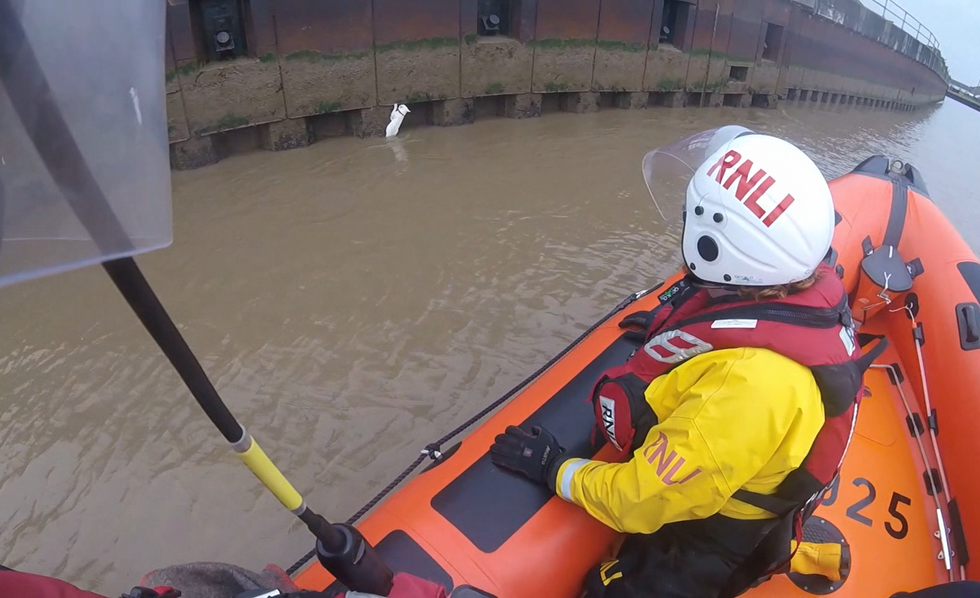 A cat who became stranded on the banks of a river in Norfolk was treated to salmon from a local fish shop after being rescued by a lifeboat.

A Royal National Lifeboat Institution (RNLI) vessel was launched after onlookers spotted the white cat, called Icicle, clinging to a ledge on the side of the River Bure in Great Yarmouth on Tuesday.

Footage of the rescue showed the distressed cat falling into the water just as the lifeboat arrived, but a crew member quickly pulled him to safety.

The waterlogged feline was then wrapped in a blanket, with RNLI Helm Dave Kilpatrick saying “he seemed pleased to see us”.

“Once on dry land he was given some salmon from the fish shop, which he enjoyed,” Mr Kilpatrick added.

“The lifeboat crew has since learned that the cat is called Icicle and he was collected by his loving owners very soon after he had been taken to the vets. He is now back home safe and sound.”

Optical illusion sees a dog swiftly transform into a cat

Please log in or register to upvote this article
CatGreat YarmouthrescueRNLI