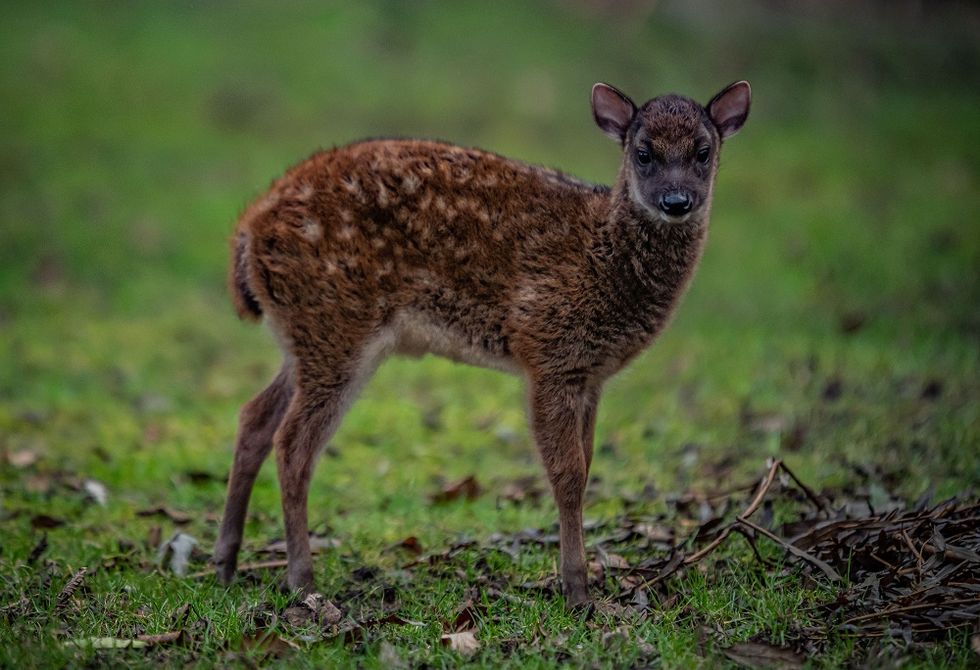 A highly endangered species of deer has been pictured for the first time after it was born at Chester Zoo, Cheshire, in December 2021.

The Philippine spotted deer has been named Lyra after a constellation of stars, following a theme that is shared with her parents Nova and Cosmos.

The species has become extinct on several islands in the Philippines as a result of hunting and deforestation, Chester Zoo said.

It is estimated that as few as 700 of the species remain in the wild, according to The International Union for the Conservation of Nature.

The species’ population at Chester Zoo is part of a conservation breeding programme set up at the request of the Philippine government.

Emma Evison, a zookeeper at Chester Zoo, said Lyra’s birth was a “significant addition” to the breeding programme, adding: “Every Philippine spotted deer birth is absolutely crucial to the long-term survival of this species, so we were absolutely overjoyed to see a fluffy bundle alongside mum Nova one morning.

“Crucially, the zoo is also working to protect the Philippine spotted deer in its homeland, while educating and empowering local communities that live alongside them.”

Stuart Young, regional field programme manager for South East Asian Islands at the zoo, said they share “all of the important information” gathered during the programme with officials in the Philippines.

He added: “For more than two decades we have worked closely with our partners in the Philippines, helping to protect this charismatic species from extinction.

“This began by funding and helping to build vital conservation breeding centres on the islands of Panay and Negros, while providing caregivers with all of the important information that our experts here at the zoo have gathered by successfully breeding this highly endangered species.”

Please log in or register to upvote this article
Chester ZooDeerPhilippinesZoo