Relief after dog rescued from waterfall in Co Antrim 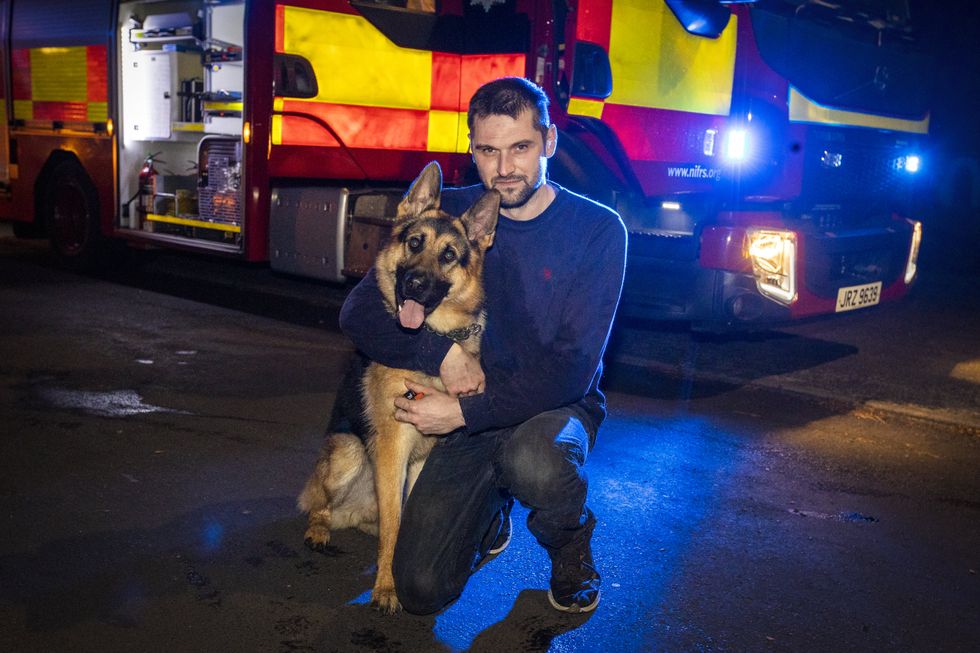 A young dog is getting some extra hugs from his owner after going missing close to a waterfall in Co Antrim.

The search for 19-month-old German shepherd Koba started at around 10pm on Sunday evening, close to Magheramorne Presbyterian Church outside Larne, Co Antrim.

Owner William Herron said he spent around 45 minutes trying to find and rescue his dog.

The alarm was then raised with the emergency services at a waterfall close to Ballypollard Road.

Northern Ireland Fire and Rescue Service said officers attended the scene at 11.49pm with two fire appliances from Larne as well as a rescue team from Central Fire Station in Belfast.

A spokesperson said rope was used to rescue the man and dog, with the incident dealt with by 1.55am on Monday.

Dog thinks 'Total Eclipse of the Heart' is giving her commands

Dog's reaction to seeing a cardboard mask of itself goes wrong

Please log in or register to upvote this article
dogs