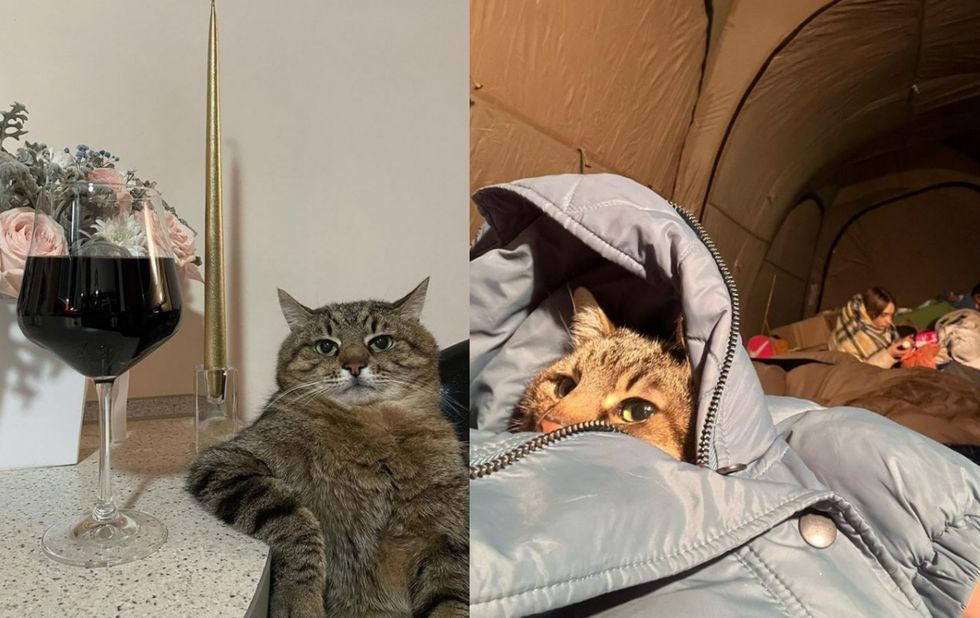 The owner of Stepan the cat documented their journey after they were forced to flee from their home in Kharkiv, north-east Ukraine.

A Ukrainian cat who went viral on social media has escaped to France with his owner and raised more than £7,000 for charity in the process.

The owner of Stepan the cat, whose Instagram account Loveyoustepan has 1.2 million followers, documented their journey after they were forced to flee from their home in Kharkiv, north-east Ukraine, when Russia began shelling the city last month.

Stepan, 13, who was rescued as a kitten, went viral on TikTok in 2019 thanks to a video showing him next to a glass of red wine with Stevie Wonder’s I Just Called To Say I Love You playing.

Celebrities including Britney Spears, Diane Kruger and Hailey Bieber have previously shared Stepan’s photos and videos, and in November he appeared in an advert for the designer fashion brand Valentino.

Since reaching safety in France, Stepan’s owner has used social media to raise more than 10,035 US dollars (around £7,625) for five charities.

The money raised will be donated to Happy Paw, UAnimals, Mykolaiv Zoo, XII Months and Plyushka, to provide aid to animals affected by the war in Ukraine.

“(This war is a) big tragedy for my country and people,” Stepan’s owner Anna told the PA news agency.

“The World Influencers and Bloggers Association came up with the idea of fundraising and organised the process (and) we are very grateful for the UK people’s support.”

Stepan the cat went viral on TikTok in 2019 (@loveyoustepan/PA)

Anna announced on March 28 that they had hit their fundraising target and thanked Stepan’s followers for their support.

“My dear friends, I’m heartedly grateful for your responsiveness and support,” read a post on the Loveyoustepan Instagram.

“Your contributions are priceless — thanks to your support, we might provide decent care and treatment for every animal in Ukraine. Thank you so much!”

In a post on Instagram earlier this month, Anna described her experience of being woken by explosions that made the windows of her apartment tremble as she “realised that the war had come to our house” on February 24.

“Shells hit the neighbouring houses every day, the houses burned before our eyes,” she wrote on the Loveyoustepan page.

“By some miracle, our house remained safe exactly for a week.

“Our house was also damaged on the eighth day as a shell flew into the neighbours’ balcony. (But) there was no fire. Thank God!”

They spent two nights in a basement before being able to leave Kharkiv, travelling by train for 20 hours with Stepan in a travel-carrier to Lviv, western Ukraine.

From there they were able to cross the border to Poland after standing in line with more than 4,000 people for nine hours.

They were then offered help by the World Influencers and Bloggers Association to travel to France, where they will stay until the “day when we can return home”.

Please log in or register to upvote this article
CatInstagramTikTokUkraine