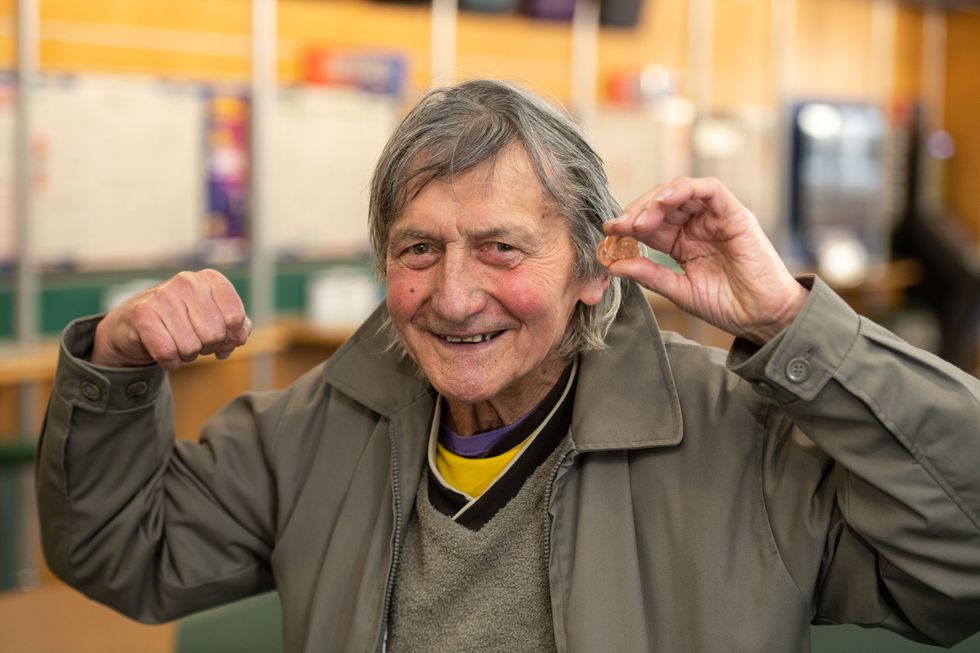 An 85-year-old grandfather pocketed more than £2,600 after placing just 3p on a bet at his local bookmaker.

Janus “George” Wagonback put his 3p – a stake so small it would not usually be allowed by Betfred – on a 10-fold accumulator last week, eventually claiming winnings of £2,686.04.

“I’ve had some significant wins on the football over the years, much bigger than this one,” said Mr Wagonback, from Sutton-in-Ashfield in Nottinghamshire.

“But then again, I usually bet more than 3p, which is basically loose change that I had in my pocket.”

Betfred normally operates with a minimum stake of 5p, but were happy to make an exception for Mr Wagonback as he is a regular customer.

“I was confident the Scottish games would all be draws, as they often are up there,” he said.

“I didn’t know I’d won until I checked the paper the next day.

“I did feel good, but can’t jump around much these days – only little jumps.”

Mr Wagonback is originally from Budapest in Hungary but moved to the UK as a political refugee in the 1950s.

He is an experienced chess player, having represented his club in Mansfield, and was also named Mr Nottingham in 1969 on the back of his fitness and body-building exploits.

He said: “I have always been a winner because I set my mind to achieve things.

“My ambition is to skin Betfred for a million.”

Betfred boss Fred Done said: “I’ve been in this business for over 50 years, and cannot remember anyone winning so much from just three pence.

Please log in or register to upvote this article
mansfield