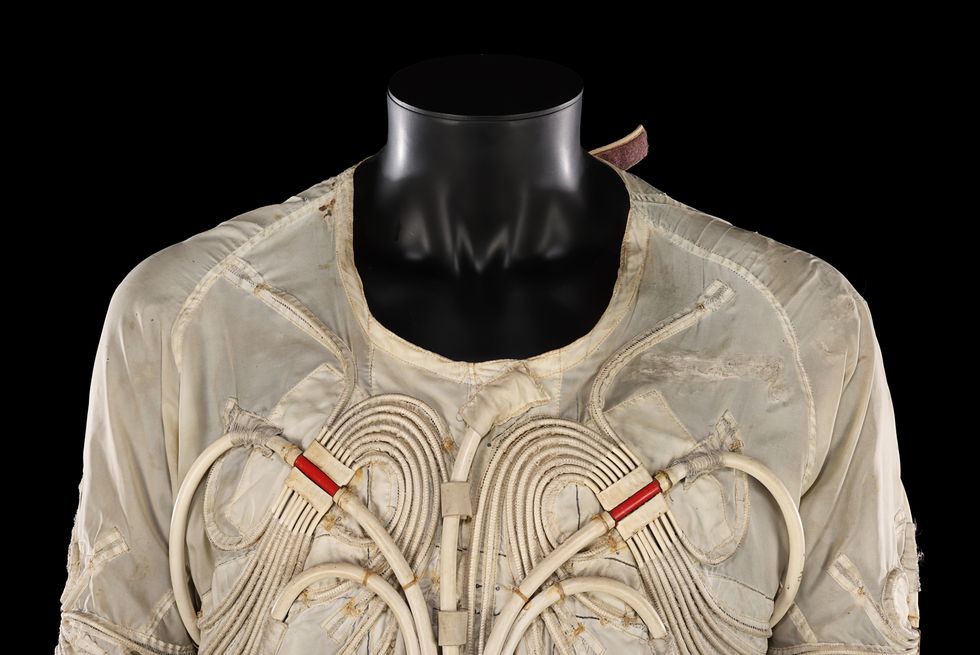 The Major Tom spacesuit worn by David Bowie in the music video for Ashes To Ashes is among the rare memorabilia valued at more than £1 million that will go under the hammer next month.

More than 1,500 lots, including some 500 music items, will be sold during Propstore’s auction at the Bafta headquarters in Piccadilly, London, from November 3-6.

The collection includes items from The Beatles, Oasis, Michael Jackson, Sex Pistols, Blur, Rihanna and the Spice Girls, ranging from pieces of clothing to signed posters.

The sale features one of the biggest collections of Oasis memorabilia to have gone to auction in the UK, according to Propstore, including Noel Gallagher’s custom silver sparkle Gibson Les Paul Florentine guitar, which could go for £300,000-£500,000.

A striped blazer worn by Sir Paul McCartney on the Morecambe And Wise Show could go for £25,000-£35,000 and a Nirvana setlist handwritten by drummer Dave Grohl during the band’s Nevermind tour, plus a ticket stub, is valued at £5,000-£7,000.

Lots with lower values include handwritten lyrics by Noel Gallagher for the Oasis hit Wonderwall, an Anarchy In The UK tour poster from the Sex Pistols and Spice Girls star Mel B’s autographed tour-worn boots.

Stephen Lane, Propstore chief executive, said: “Since 2014, Propstore have been stepping up the game year after year with our Entertainment Memorabilia live auctions, bringing incredible movie relics to the market and continuously breaking records.

“We’re very excited to keep up this momentum, and for the first time ever we’ll be introducing Music Memorabilia.

“Taking place on the second day of our mammoth four-day Entertainment Live Auction between Thursday 3rd to Sunday 6th November 2022, we’re giving music fans and collectors the opportunity to get their hands on some pieces of truly iconic music memorabilia from some of the world’s biggest artists, including The Beatles, Oasis, David Bowie and many more.”