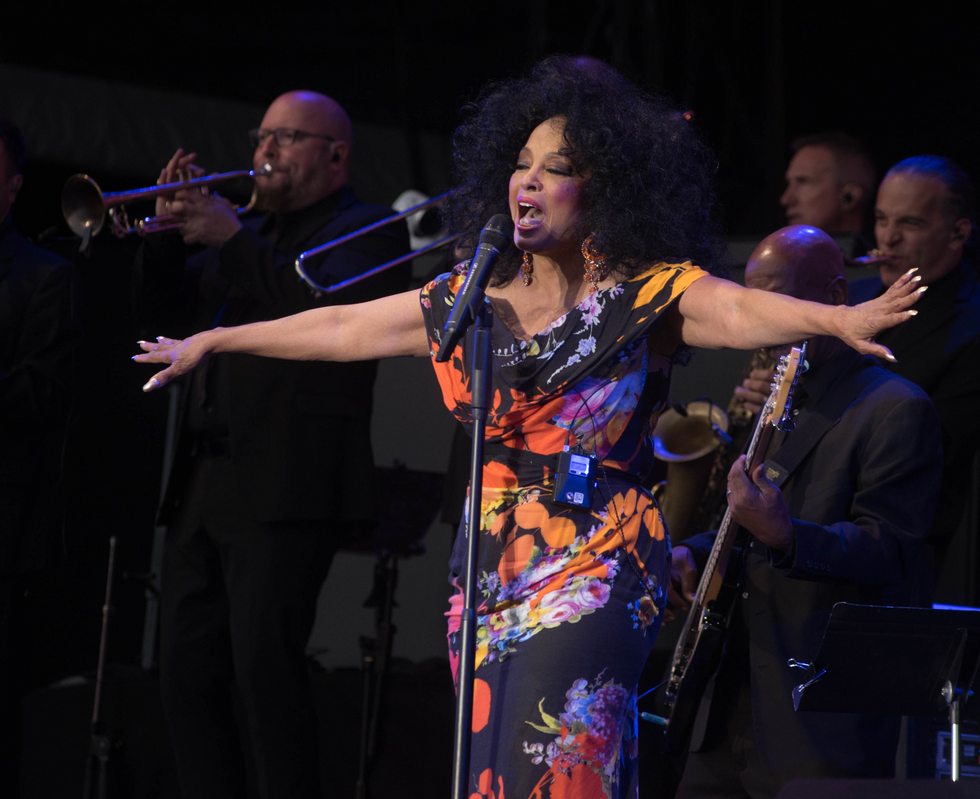 Diana Ross, who headlined The Cambridge Club Festival, was reportedly unable to get the food she wanted backstage (Dave Burke/PA)

Denise Van Outen came to Diana Ross’s rescue at the weekend, helping to cook her a meal after her set at a festival.

The veteran singer, who headlined The Cambridge Club Festival, was reportedly unable to get the food she wanted backstage.

With an hour’s notice, TV chef Tristan Welch, from local restaurant Parkers Tavern, curated a five-star menu in the back of a taxi and picked up the ingredients on his way to the festival.

Following her earlier set, Van Outen swapped her decks for dishes to help create the gourmet selection of Ross’s favourites.

“When I heard Miss Ross needed feeding I knew there ain’t no mountain high enough – I had to get there to feed my idol,” Van Outen said.

“How many people can say they have cooked for such an icon?”

Van Outen and Welch appeared together on ITV’s Cooking With The Stars in 2021.

They teamed up with Gilbert Holmes, executive head chef at The Ned – the hospitality partner to the festival – to create the meal.

Welch said: “When I got the call to come to the rescue and cook for Diana Ross, I said to myself stop in the name of food! I couldn’t let her go hungry!”

The Cambridge Club Festival 2022 took place over three days from Friday June 10, welcoming 25,000 festival-goers, and included other headliners such as Level 42, Nile Rogers and Chic, and The Jacksons.