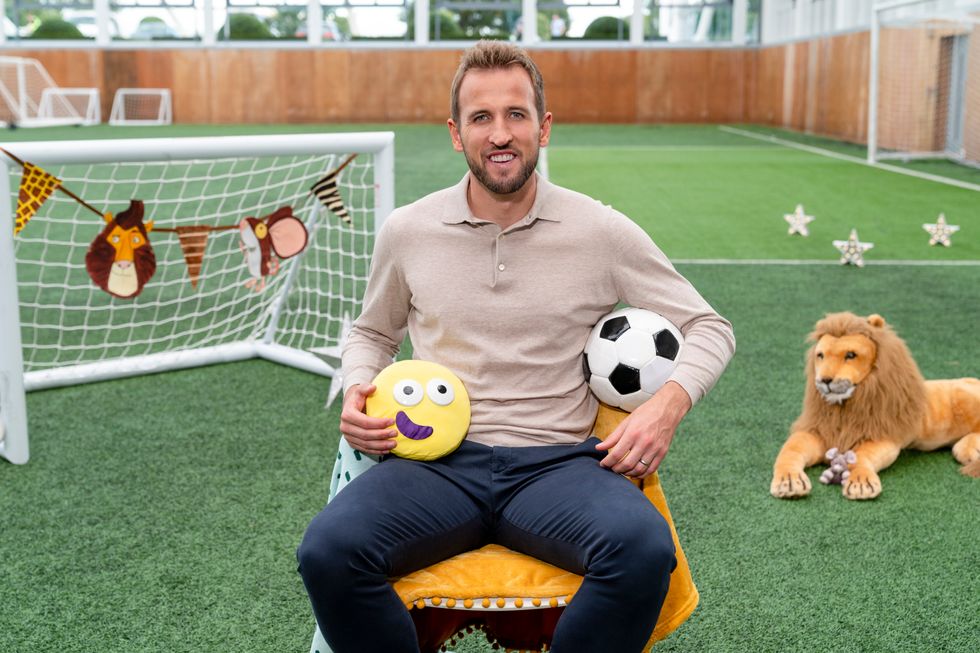 England captain Harry Kane will tell a tale about overcoming fear and finding your inner lion through self-belief when he sits down to read a CBeebies Bedtime Story.

The Tottenham Hotspur striker, 29, is the latest famous face to sign up for the series and will read The Lion Inside written by Rachel Bright and illustrated by Jim Field.

The story follows a shy little mouse who sets out on a journey to find his roar and is a book which Kane chose himself – as he reads it to his three children to remind them how even the smallest creatures can have the heart of a lion.

Kane said: “One of my favourite things to do is sit down with my children before bedtime and read them a book. I enjoy this quality time with them.

“They especially love the book The Lion Inside so they will be extremely excited to hear this.”

This year’s theme is “make mental health and wellbeing for all a global priority” which aligns with Kane’s chosen book as it touches on themes of “friendship, confidence and self-esteem”, the BBC said.

Earlier this year, the Duchess of Cambridge narrated the modern children’s classic, The Owl Who Was Afraid Of The Dark, by Jill Tomlinson, to mark Children’s Mental Health Week.

Illustrated by Belfast artist Paul Howard, the book tells the story of baby barn owl Plop, who is helped by others to grow in confidence and overcome his fears.

Harry Kane will read The Lion Inside on CBeebies at 6.50pm on October 10, with the special also set to be available on the iPlayer.

England beat Senegal in the last 16 - all the best reactions