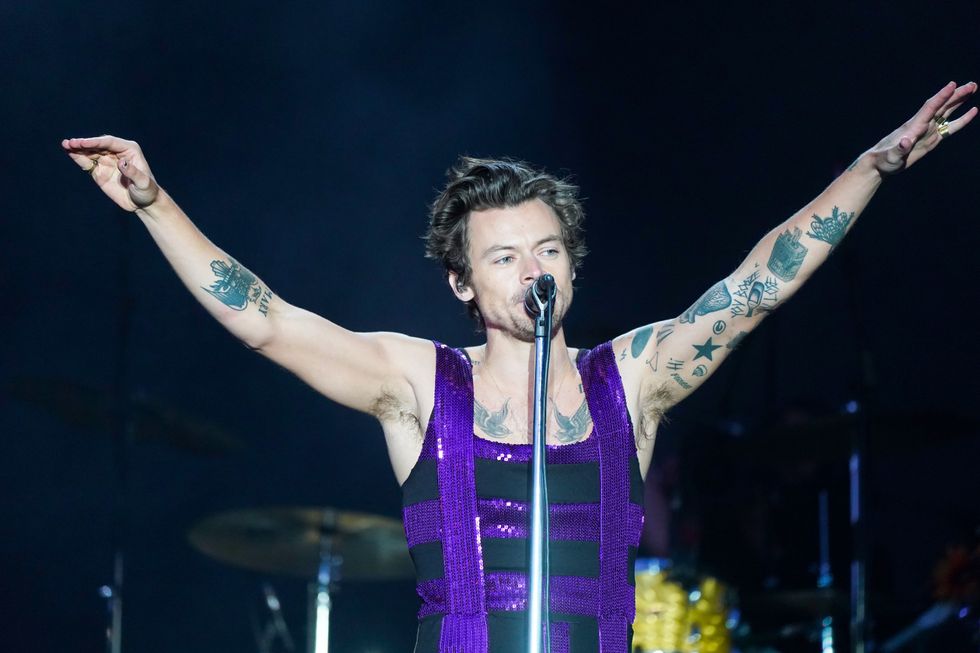 Harry Styles’ primary school teacher has thanked the singer for his “lovely tribute” during a concert earlier this week.

The former One Direction star stopped his show at Old Trafford cricket ground on Wednesday to give Mrs Vernon a shout-out.

Appearing on Lorraine on ITV, Mrs Vernon said: “I would have loved to have been there but Mrs Bailey, my colleague who was there, she phoned straight away.

“I’ve watched the video and it was just such a lovely tribute and a really, really great thing for him to do.”

Host Lorraine Kelly said: “Obviously you had a huge influence on him. He thanked you personally and dedicated a song to you. He’s basically just a wee angel. Was he always like that?”

“He’s got a cheeky, lovely side to him. He was a great character. That smile was always so lovely.

“He loved music, he loved performing, right the way through our school and everybody, every teacher at Hermitage had a big impact on him.”

Speaking about the public thank-you, she added: “It was a really kind thing for him to do.

“Teachers do a brilliant job, every single teacher worked so, so hard, and the reward we get is from the children in our class and the children that we’ve taught in every previous year.

“That’s what we get our reward from.”

Mrs Vernon said she had seen “something special” in Styles from the start.

“A sparkle, a twinkle in his eye. His personality or character being so much there from when he was four or five. That showed us that he was going to go on to do something really special.”