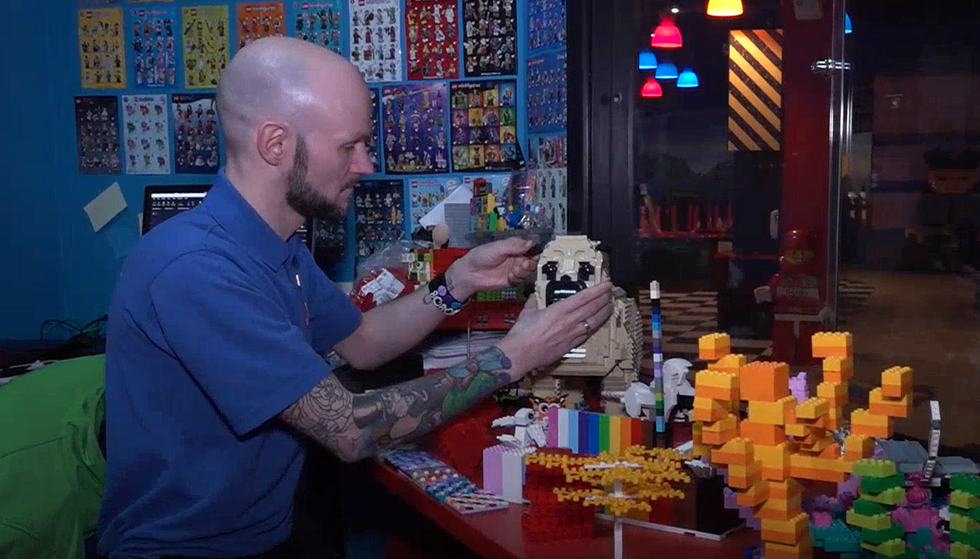 One of only 26 Lego master model builders in the world has detailed his favourite part of the job.

James Windle, 38, is the mind behind the builds at Manchester’s Legoland Discovery Centre, where he is responsible for the construction of thousands of Lego sculptures – from pirates and monkeys to pumpkins and an entire “Miniland” city.

James said seeing children enjoy his work is his favourite thing about the title of master model builder.

He told the PA news agency: “It’s mainly about the kids.”

“Just making children’s days… if they’ve ever watched The Lego Movie, for example, and seen a superhero.

“And they’ve been like, ‘that’s a real life Lego master model builder,’ and they are a bit in awe – that’s lovely to play.”

But while watching the children enjoy the centre is a perk of the job, Mr Windle admitted it does come with its risks.

“Code Godzilla, we like to call it,” he said.

“It is when a parent is not necessarily keeping eyes on their child, and they maybe climb into Miniland… and these things that take weeks to painstakingly build, within a matter of seconds can be kicked over.

“It doesn’t happen very often, but when it happens, everything goes into slow motion.”

However, James is on hand to fix any damage caused to his creations.

“A big part of my job is repairman,” he explained.

Having been “passionate” about Lego from a young age, James beat more than 1,000 applicants for the coveted job in 2018.

“(We) descended on a theatre here in Manchester and did speed build challenges, all from our imaginations, no instructions involved,” he said.

“They came and knocked on my door with a giant 10-foot Lego shark suit guy – who has a special place in my heart now – and they had a news group come in.

“They said, ‘Welcome to Lego. You are the next master model builder. It’s just been a dream from there.”

Getting to play with Lego all day every day - who wouldn't want to do that?

“I never thought that something like my hobby, that I was very passionate about, would turn into a career,” he said.

“Just being able to share my passion, my knowledge and my skills with children – the next generation of builders… I like to encourage the creativity, the imagination.”

His main responsibility is focusing on the creation of the centre’s Miniland, a vast scaled-down city built from thousands of Lego pieces.

“That’s where the pure imagination comes from for my job, because not everyone can just create things out of nothing,” he said of Miniland.

“And that’s what I feel like I hone my skills on – give me a pile of bricks and I can come up with anything.

“And throughout the year we have different events going on and my cogs start working. We’ve got a pirate event coming up, let’s see how I can theme Miniland.

“Getting to play with Lego all day every day – who wouldn’t want to do that?”

Please log in or register to upvote this article
LegoLegoland