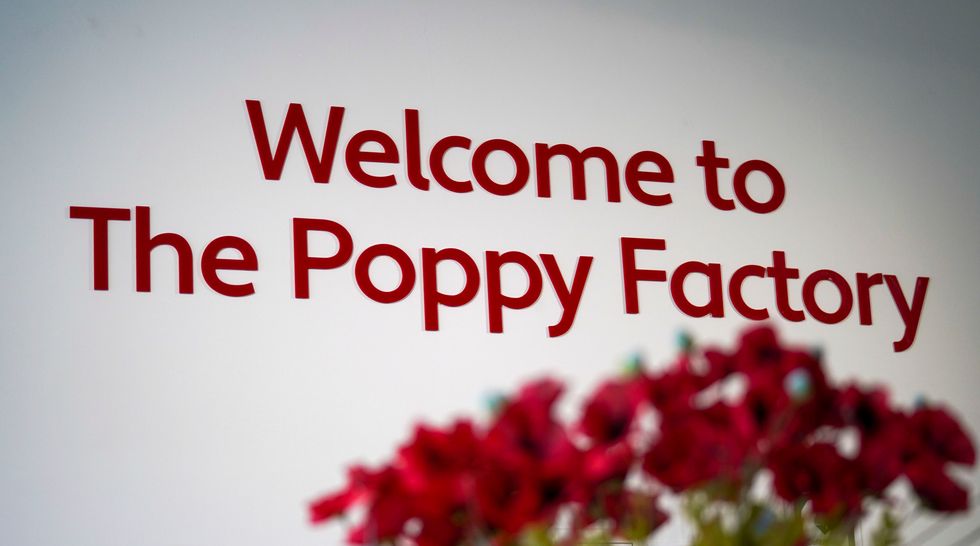 A military veteran who was suicidal has praised the Poppy Factory, which is celebrating its centenary year, for helping to give him a purpose in life.

The charity, established in the aftermath of the First World War, has since grown into a national organisation providing support for ex-service personnel with health conditions to get into employment.

Stephen Pleasants began volunteering with the charity after suffering a breakdown, and is now a production worker at the west London factory, manning reception, making wreaths and helping in the warehouse.

The former RAF member described the factory, in Richmond, as a “safe space” for people.

He told the PA news agency: “I had a major breakdown about seven years ago, so it took me a long time to rebuild my life, and the Poppy Factory has really helped with that.

“I was going to commit suicide and ended up in a psychiatric hospital for a couple of weeks and then did a lot of therapy.”

He said it had been suggested to him to get involved with the Poppy Factory, and he had found a “purpose” there.

“And having a routine is really good, just getting out of bed and having something to do, a purpose in everything you do, is really important.

Mr Pleasants, who served in the RAF for six years and did two tours of Belize and Ascension Island in the 1980s, added: “It’s actually my life. It really is. I mean without this place, as I said, I don’t know where I’d be now.

A big advantage of the supportive environment is that those at the factory are understanding of the challenges people might face on different days, Mr Pleasants said.

He told PA: “The thing is, with my diagnosis, you’re going to have to good days and bad days.

“But what’s really nice about working here (is that) people, they understand that.

“They’re not going to sack you for having a day off, because you’re having a really bad day and they get that, you know.”

Deirdre Mills, the Poppy Factory’s chief executive, said there will be different events happening over the coming months to celebrate the charity’s 100 years in existence.

She said: “We are celebrating in all sorts of ways.

“The first way would be to remember our past and our history.

“And of course, we were set up in 1922 to remember wounded, injured and sick veterans from the First World War but we’re also celebrating our more modern mission, which is to help wounded, injured and sick veterans into employment all across the country, and in all sorts of ways whether that be in partnership with the NHS, whether that be in a community environment, or working with Government organisations such as DWP (Department for Work and Pensions), or whether it’s in small community environments, such as cafes, and the like.”

She said she hopes to “work again with the royal family throughout this, our centenary year”, praising the charity’s patron, the Duchess of Cornwall, for “the interest and the engagement that she shows”.

Ms Mills said she is “delighted” the factory has re-opened following shutdowns during the pandemic, and encouraged the public to “book on the website, come on through the doors, and see for yourself what is going on here and the wonderful work of the charity”.

People can book a visit and see how veterans make royal and regimental wreaths by hand, as well as having the chance to make their own poppy.

Please log in or register to upvote this article
Poppy

What is the 30 day water challenge on TikTok and is it dangerous?