Queen shown with sunglasses, tattoos and as X-ray in Jubilee exhibition 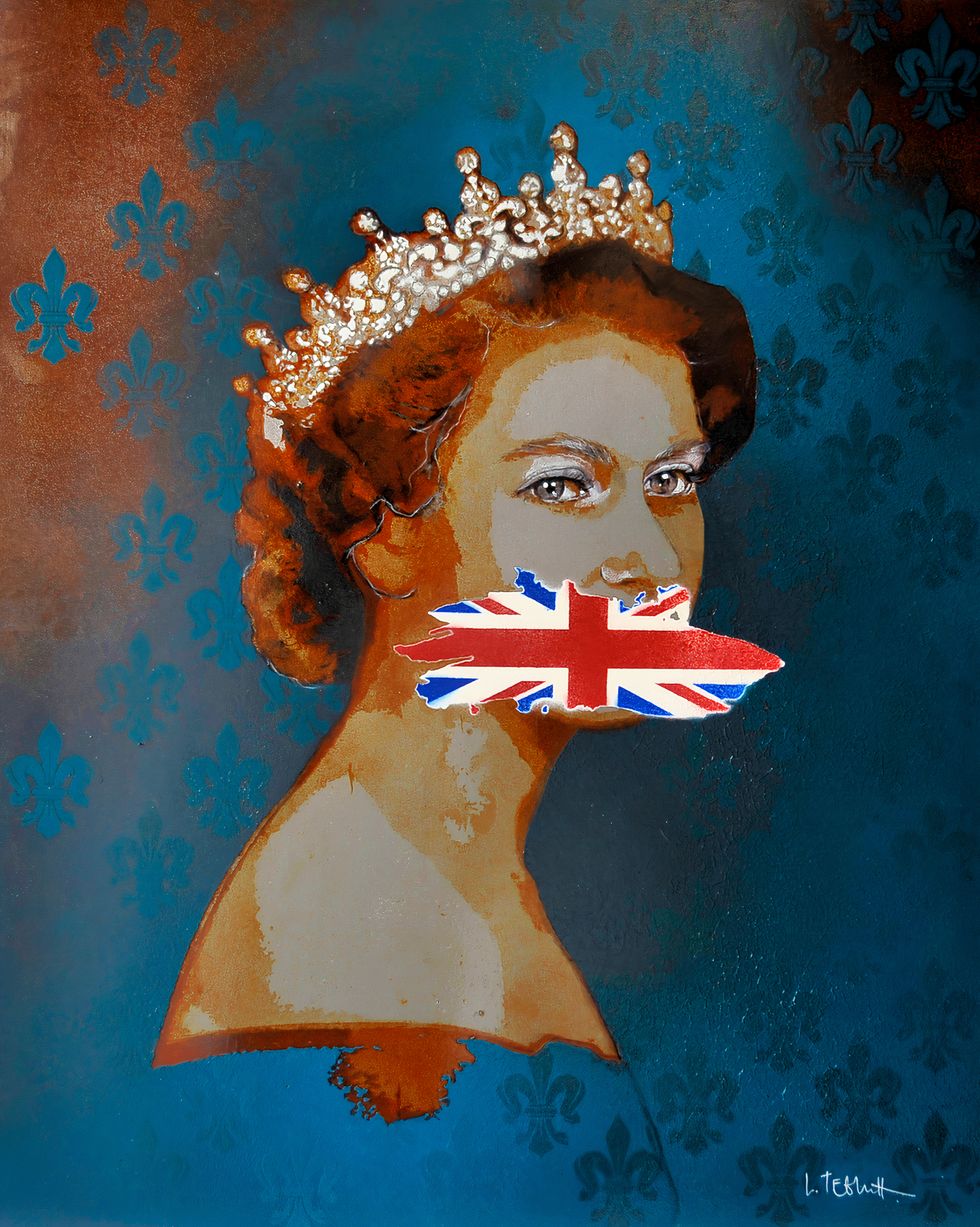 Cutting-edge portraits of the Queen by up to 52 urban, graffiti and contemporary artists are going on show to mark her Platinum Jubilee.

Serving as a muse to the established and emerging international artists, the 96-year-old monarch has been hailed as a “true icon” and a “cultural inspiration” as she celebrates her 70-year reign.

Alternative pieces by musician and graffiti artist Goldie, who depicts a young Elizabeth II against a union flag backdrop, and X-ray artist Ernesto Romano, who created an X-ray side profile of the sovereign, will be among the works.

Mixed media artist Louisa Tebbutt’s Queen is an art on steel “never complain, never explain” monarch with a strip of union flag over her mouth, while James Vaulkhard made the Queen’s image out of 2p coins.

Ballpoint artist James Mylne’s Queen Of The Hood shows a cool, composed Queen in designer sunglasses as she stands in her regal Order of the Garter robes, while visual artist Karen Bystedt, known for The Lost Warhols series, vamps up the monarch’s crown and cloak with a red Louis Vuitton pattern.

Selected portraits from the Art Save The Queen exhibition will be made into NFTs or non-fungible tokens – a one-of-a-kind digital unit of data stored in a blockchain and used to certify ownership and authenticity, with a scheduled drop date of June 1.

Images will also be displayed on London Underground poster sites at Victoria Station in the run up to and during the showing, which begins on the first day of the celebratory Jubilee weekend in June.

“We are excited to pay tribute to her with this exhibition and have been overwhelmed by the work the artistic community is submitting, underlining what a cultural inspiration the Queen is.”

Will Teather transforms the nation’s longest-reigning head of state with freehand “Skate and Destroy” and serpent tattoos carved into her arm which appear to drip with blood.

Teather, whose work will be made into NFTs, said: “Royal portraits have a long-standing position in culture and art history, making them a rich subject to tackle with new technologies.”

He added: “As someone who usually paints in oils, I found the flexibility that comes with manipulating images digitally, during the creation of these NFTs, a liberating and playful experience.”

Romano, who used his own X-rays to portray the Queen following a similar series he did to mark her 90th birthday, said his portraits conveyed the message of how the monarch’s “cultural influence can travel beyond borders, race, gender and social status, encompassing universal values of equality and diversity”.

Contemporary artist Nasser Azam produced a painting of the Queen in 16th century costume and an NHS medical mask in 2020.

An alternate version will be on show for the Jubilee.

The free exhibition, organised by the Ad Lib Gallery, will be staged at the gallery@oxo in London’s Oxo Tower Wharf from June 2-12.

Some 10% of revenue will be donated to ABF The Soldiers’ Charity, the Army’s national charity.