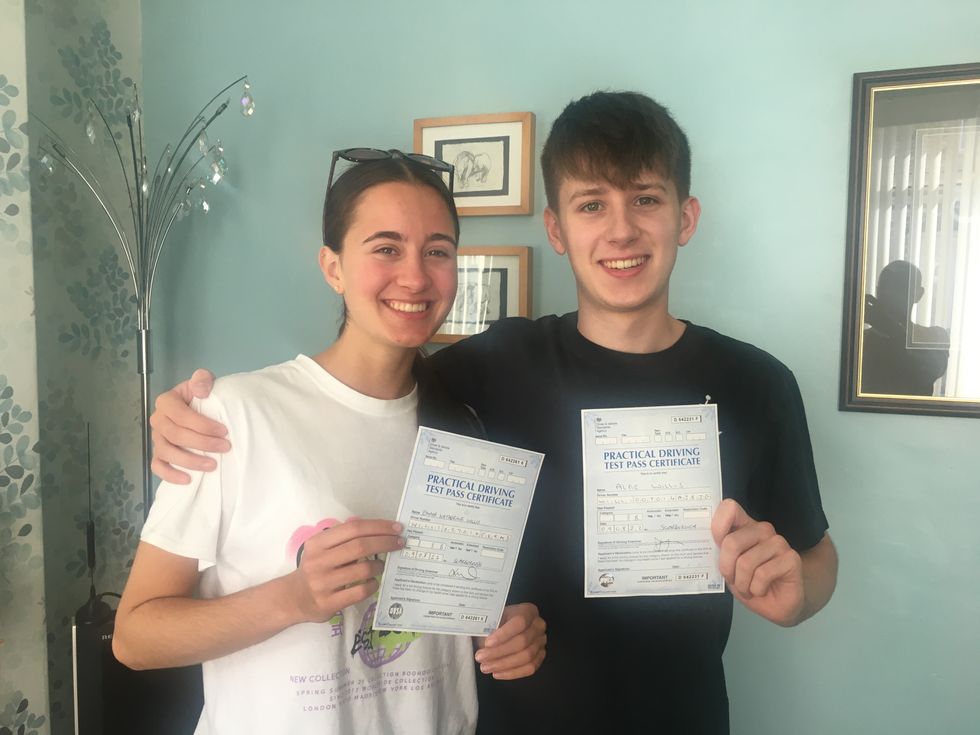 Teenage twins have said they are “over the moon” after passing their driving tests at the same time, on the same date, and in the same place.

Alfie and Emma Willis, 18, from Scarborough, set off on their tests simultaneously, returned just two minutes apart and even passed with the same number of minor mistakes.

While Emma, who passed on her first attempt, had a test booked for August 9 at 8.20am, her brother was initially due to take his in December after previously failing the exam twice.

But an app which books empty test time slots automatically rescheduled Alfie’s exam to the exact same time and date as his sister’s.

Their father, Owen Willis, was in disbelief when the test date changed.

He said: “Alfie, when he failed for the second time, he booked it again and he was given a date in December and it gradually crept back November, October, he got one in September, and then it threw up August 9 at 8.20am.

“And when he told me… ‘No, no, that’s not right, that’s your sister’s date’, but he showed me it and there it was, and they both ended up getting the same start time, exactly the same centre, both in Scarborough.”

Mr Willis said that seeing the twins, who are close and have been in the same class through school, pass together was “fantastic” and they were “over the moon”.

The 54-year-old continued: “Emma came back first, the driving instructor went over to listen to the debrief and then gave me a thumbs up from distance, and he was sort of overhearing what was said in the car that just pulled up behind him a couple of minutes later, and then he’d given me a double thumbs up.

I was like 'That's so weird, why is it all the same, same day, same time, same place, same amount of minors', so it was a bit weird

“And when they got out they both gave each other a big hug as well because I think they were pleased and relieved for each other.”

Emma said: “I came back two minutes before him and then we were both just looking through the windows at each other trying to see each other’s facial expressions and then got out the car and he was holding a certificate.

“I just jumped on him because I was more relieved that he passed, obviously, because he did it twice before, so I just really wanted him to pass to be honest, but it’s even better that we both passed.”

She added: “But I was like ‘That’s so weird, why is it all the same, same day, same time, same place, same amount of minors’, so it was a bit weird.”

Emma’s pass came just in time for her to start commuting to a new job as a chef at a restaurant around 30 miles away, while Alfie is starting a manufacturing apprenticeship in York in September.

Deliveroo releases song to stop seagulls from stealing your chips

Woman jailed for taking over 150 driving tests for other people

Please log in or register to upvote this article
Driving testScarboroughTwins