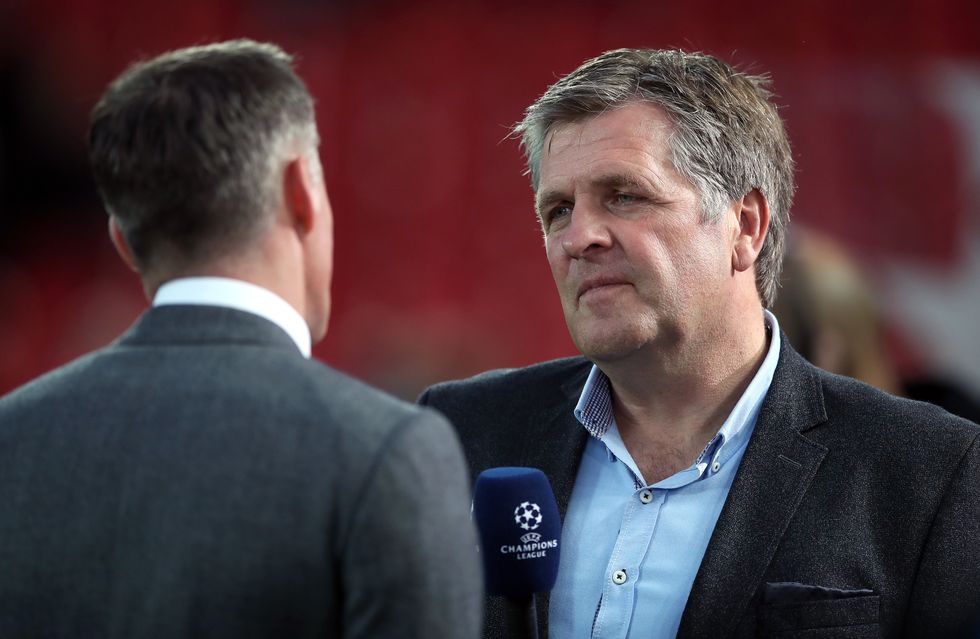 Former Liverpool midfielder Jan Molby was big in the 1980s but, having “disappeared off the face of the earth in Britain” has now found himself at the centre of a viral social media hit.

The 59-year-old Dane, who won three league titles and two FA Cups during a 12-year career at Anfield, now works as a pundit for Danish TV but has been thrust back into the spotlight thanks to a creation by comedian Milo McCabe.

McCabe, whose mother is from Liverpool – the city in which he went to university – posts clips of his 1930s-inspired character Troy Hawke greeting surprised shoppers outside high-street stores and was even drafted in to welcome Manchester City’s players back to pre-season training.

The Twitter clip of him advising Kevin De Bruyne “Any doubts just ask yourself, what would Jan Molby do?” has been viewed 3.1 million times on Twitter and has spawned a T-shirt and a birthday card which are being sold to raise money for local foodbanks and Liverpool charity An Hour for Others.

“A few weeks ago, someone sent me a video saying, ‘Have you seen this?’ as I’m not active on social media,” he told the PA news agency.

“I watched it as I thought, ‘Bizarre’. It is a bizarre decision in many ways to use me in this, I’m not sure what his connection is to me – I assume he’s a Liverpool fan.

“It’s a bit of harmless fun. Even for me it’s almost a whole new generation of people who have become aware of Jan Molby.

“To a certain extent I’ve disappeared off the face of the earth in Britain because I work in Danish TV.”

The cards from @CleverFerry have raised a total of £468 to be split between @anhourforothers and @SFoodbanks and th… https://t.co/fmWktpVFHM
— Troy Hawke (@Troy Hawke) 1659768211

Molby, who has received an invitation to attend one of McCabe’s shows, added: “A lot of people might know the name but they won’t know what I look like but what I get most is people saying, ‘What would Jan Molby do?’

“I’ve got a 35-year-old son and a 29-year-old daughter and they think it’s absolutely amazing.

“You never quite know with these sort of things that appear on social media how it is going to be accepted but I see it as a positive and I think most people view it as a positive.”

Please log in or register to upvote this article
Liverpool