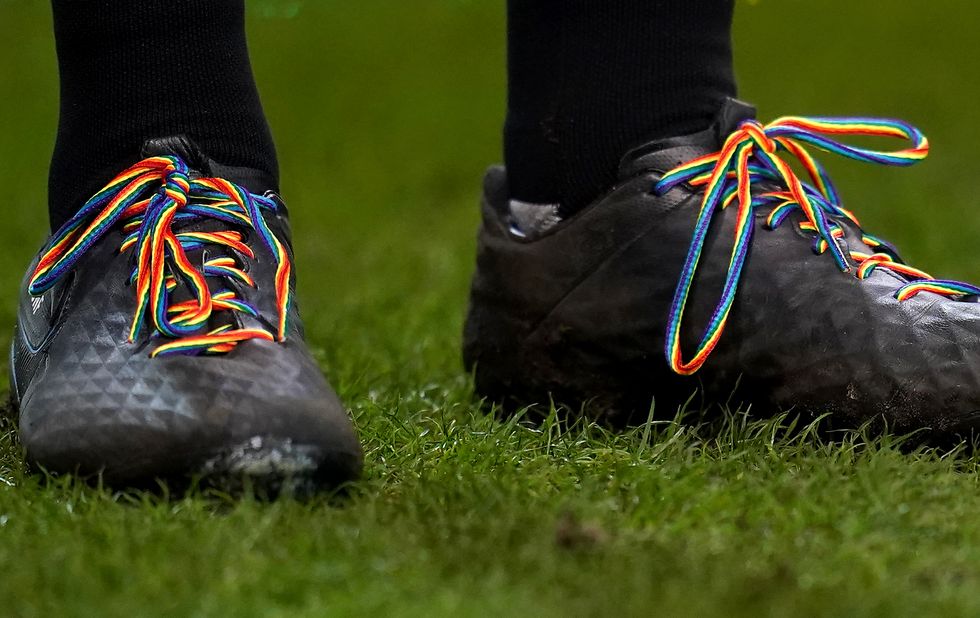 An LGBTQ+ football fan said they “can’t stop smiling” after a Blackpool player became the first professional in the men’s game to come out as gay in 30 years.

Jake Daniels, 17, released a statement on Monday saying he has always known he is gay and that he was ready to “come out and be myself”.

For Joe White, co-chair of Pride In Football, a network of UK LGBTQ+ fan groups, it was a big moment.

Describing their feelings to PA, they said: “It’s just a lot of amazement, awe at Jake, and it’s just wonderful.

“I can’t stop smiling whenever we’re talking about it so I think that says it all.”

Mx White said that when they were younger football was “not a welcoming place” for LGBTQ+ people.

“And when you realise that, actually, those words are about someone like you, it makes it feel like football is an alienating place and not somewhere that you are welcome as your authentic self.”

Since then football has made “a lot of progress quickly”, they said, but there has been no openly gay player in the professional men’s game in England since Justin Fashanu.

Having an openly gay footballer in the men’s game and “just seeing someone like you on the pitch” could therefore have a “powerful” effect for LGBTQ+ fans, they said.

The leaders of the Conservative, Labour and Liberal Democrat parties also expressed their support, along with figures from the wider worlds of sport and entertainment.

Mx White, who is also co-chair of Arsenal and England LGBTQ+ fan groups, said they were pleased to see Daniels’ statement had been greeted with “overwhelming positivity”.

“It’s been really promising to see how many people are getting behind and showing their support for him on social media,” they said.

“The Premier League clubs have been tweeting already and sadly, yes, you do get a few trolls and homophobes still, but it’s been lovely to see overwhelming positivity across the board.”

Mx White predicted there will “most definitely” be a number of LGBTQ+ fans keeping an eye on Blackpool next season.

“It’s just lovely to see people living their authentic life and being as good as they can be,” they said.

“And if he becomes the next English superstar, I really hope that he comes to Arsenal.”

Footballer Jake Daniels widely praised after coming out as gay

Please log in or register to upvote this article
BlackpoolJake Daniels

Cinema forced to give £1,300 refund because of 'Gentleminions' trend