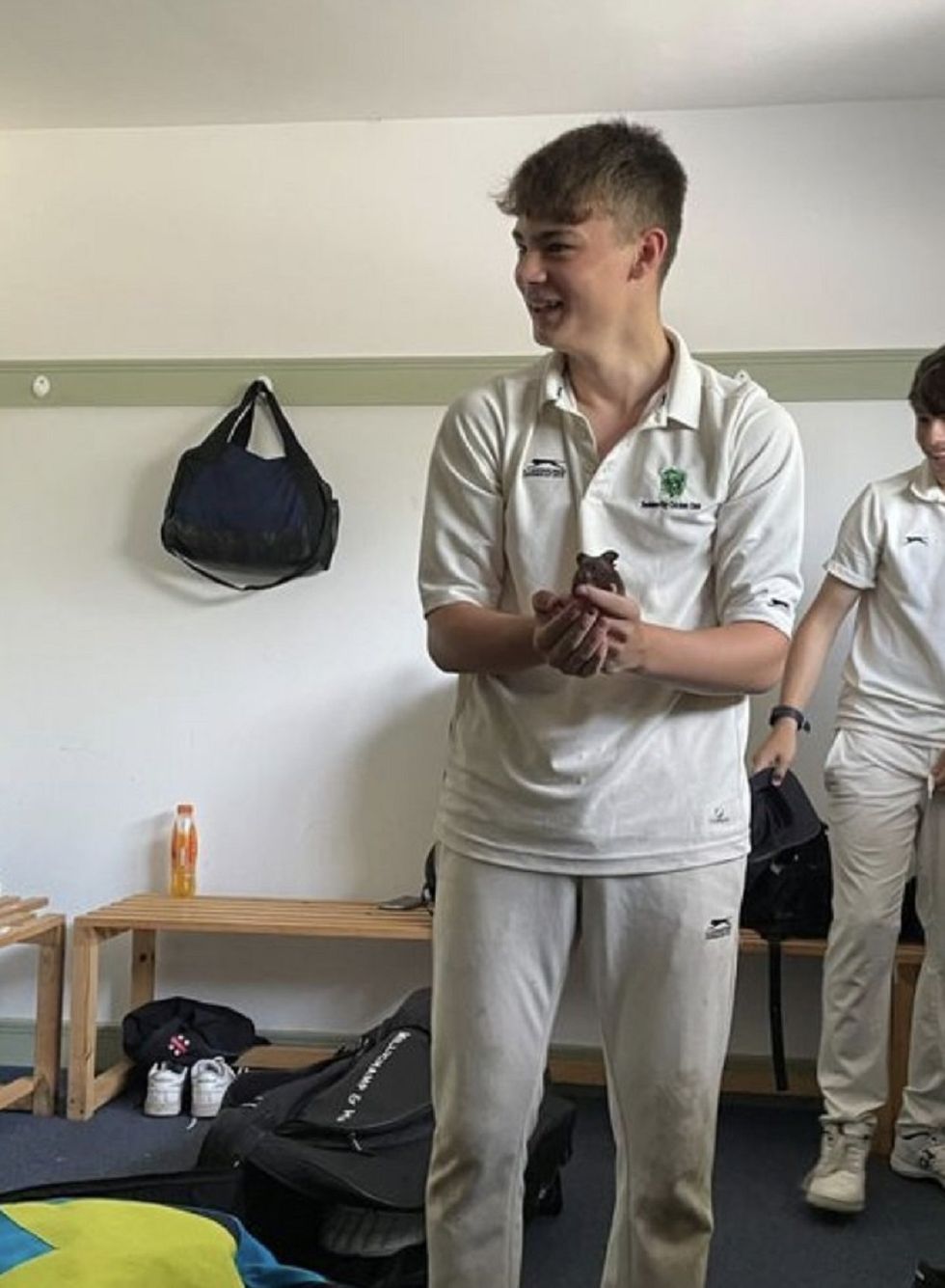 A young cricket player received a furry surprise when he opened his kit bag before a match.

Tyler Ivey, 15, from Chilsworthy, on the Cornwall-Devon border, travelled for an hour-and-a-half for an away game as part of Holsworthy Cricket Club’s second team on August 13, but he was not the only member of the Ivey clan who arrived for the match.

His pet hamster Gerbus, who he has had for around four months, seemingly did not want to be without his owner, so sneaked into his sports bag.

“On the morning of the cricket match, I had to get up pretty early to clean out his cage before I went,” he told the PA news agency.

“I had my bag out on my bed, so I put my hamster on my bed at the same time while I was cleaning his cage. So at that point, he managed to crawl in my kit bag and travel an hour-and-a-half with me.”

Tyler added that he was not the first person who saw Gerbus, but that fellow players “were quite surprised” to see what they first thought was a rat “just walking around”.

Gerbus then received star treatment after his unexpected journey.

“Luckily one of the opponent’s daughters found a bucket and because it was quite hot, he had loads of cold towels and food,” Tyler said.

“He was quite pampered, to be honest, and was loving the attention.”

"Our young bowler Tyler opened his cricket bag after a two hour journey to our away game on Saturday, and realised… https://t.co/JsR3Drlokn
— That’s so Village (@That’s so Village) 1660552557

A tweet about the moment has racked up more than 7,000 likes, which Tyler said is “pretty crazy”.

“I didn’t even know how much attention the tweet got until about Sunday. I was playing Fifa with my mates at the time and my mate Fletcher looked up Twitter and it was at 5,000 likes at that point,” he said.

“It was pretty crazy.”

Please log in or register to upvote this article
cricketHamsterSport