A super-stylish party planner renowned for throwing lavish birthday bashes for her only child surpassed herself by organising a £3,500 festival dubbed SkyChella complete with a live unicorn to mark her turning nine.

Forget pass the parcel, Liyah Londyn, 34, had everything from live animals, and a rainbow bouncy castle, full BBQ catering, drinks and a DJ, to professional face painting and jewellery making, games and a paddling pool at her daughter Skylar-Rose’s celebration.

Calling it SkyChella after the Californian festival Coachella, while the July 2021 event was in her mum’s back garden in Surrey, the entertainment was on a jaw-dropping scale.

To further please her daughter, who was born in November, but who would rather celebrate in good weather, single mum Liyah, of Croydon, south London, even held the bash four months before her true birthday, saying: “Sky’s over winter parties, so we’re looking forward to celebrating her 10th birthday this year in the summer again.”

Liyah, who has spent around £20,000 in all on parties for Sky, says the little girl felt like a real-life princess when she came face-to-face with a white pony, transformed to look like a unicorn at the event.

She said: “There were snake, rabbit and chicken enclosures, but when the unicorn visited, that really made Sky’s day.”

While the birthday spectaculars are a far cry from most people’s image of a children’s party, with a few games and at best maybe a magician, Liyah insists her daughter is far from spoilt. 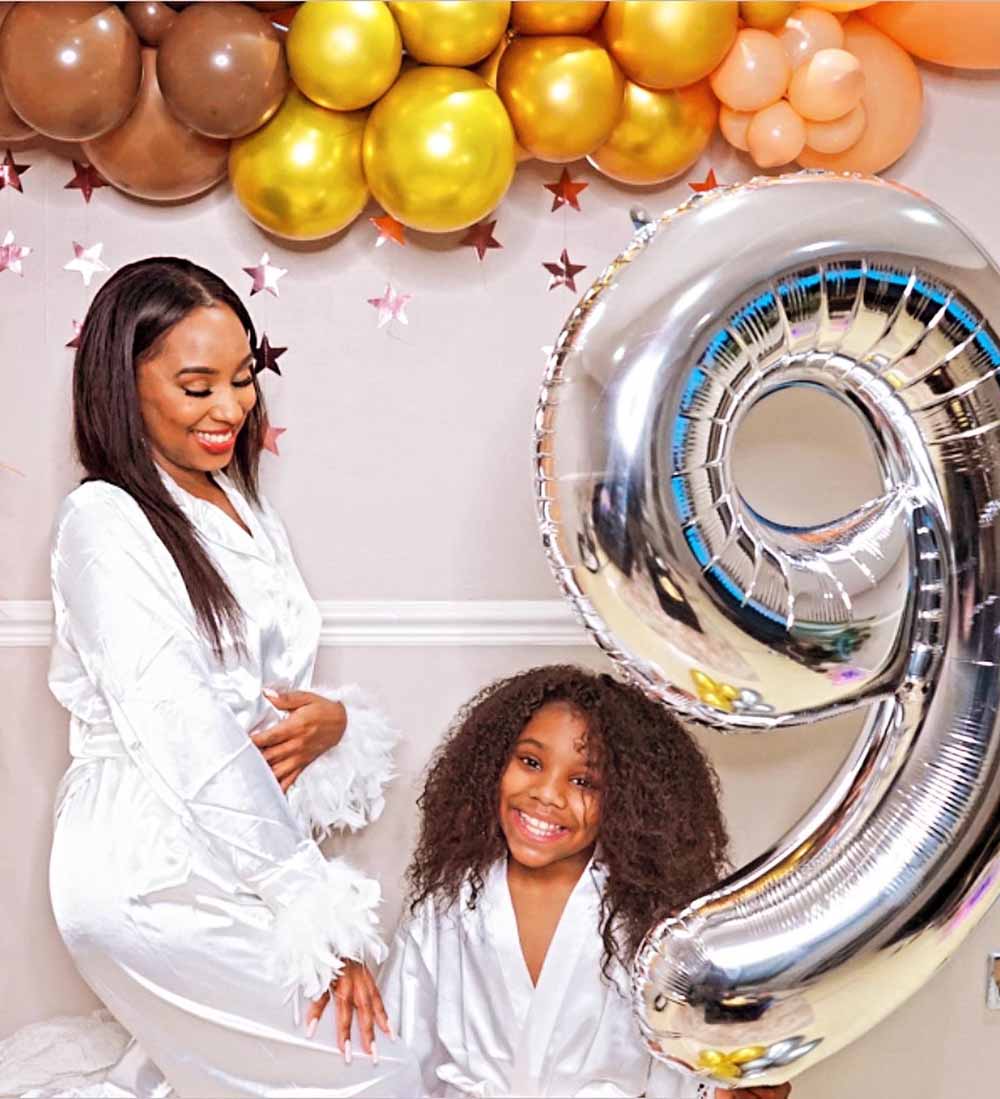 She said: “She’s not spoilt because it’s a once a year thing. We have a massive family and all her friends from school come along too. We party, celebrate, then get back to normal life.”

Welcoming 35 children and their parents to SkyChella last year, Liyah made sure she satisfied both youngsters and adults.

She said: “It’s not just about the children. I also cater for the adults. We had drinks, catered food. It all adds up. I like to make sure every single guest is looked after.

“But I go into Sky’s parties knowing that it costs. I plan and prep and start getting bits together months in advance, so the final costs are not too over the top.”

Liyah’s resourcefulness also proved an asset when the pandemic hit her business, Once Upon A Party Events, which is Instagram based, hard.

She soon adapted to the restrictions, saying: “I started providing contactless party boxes at the height of the pandemic.

“They were each customised and bespoke to suit the client and we could provide virtual consultations to show people how to set everything up.

“Once restrictions started lifting, I provided lots of supplies for picnics and things like that. Now things are getting back to normal and I’m facing a really busy May.”

In fact, Liyah was so busy that she was up at 1am on the morning of Sky’s party preparing for a 60th birthday for work, before turning her focus to her daughter’s festival.

In contrast, she underplays her own birthdays, when she usually enjoys a couple of quiet drinks with her twin sister, Santana.

But, going all out to give Sky birthdays to remember, so far the celebrations have included a cinema party, a princess party, a jungle-themed bash, a Minnie Mouse party and a Wild West do.

SkyChella was the most all out affair so far, though, according to Liyah, who said: “Sky always helps me in the planning of her parties. The themes come from her and we lock them down early.

“She usually tells me what she wants in around January. I then spend months buying, making and getting things in. ”

Last summer’s event went without a hitch, with all the guests having a wonderful time at the elaborate bash. 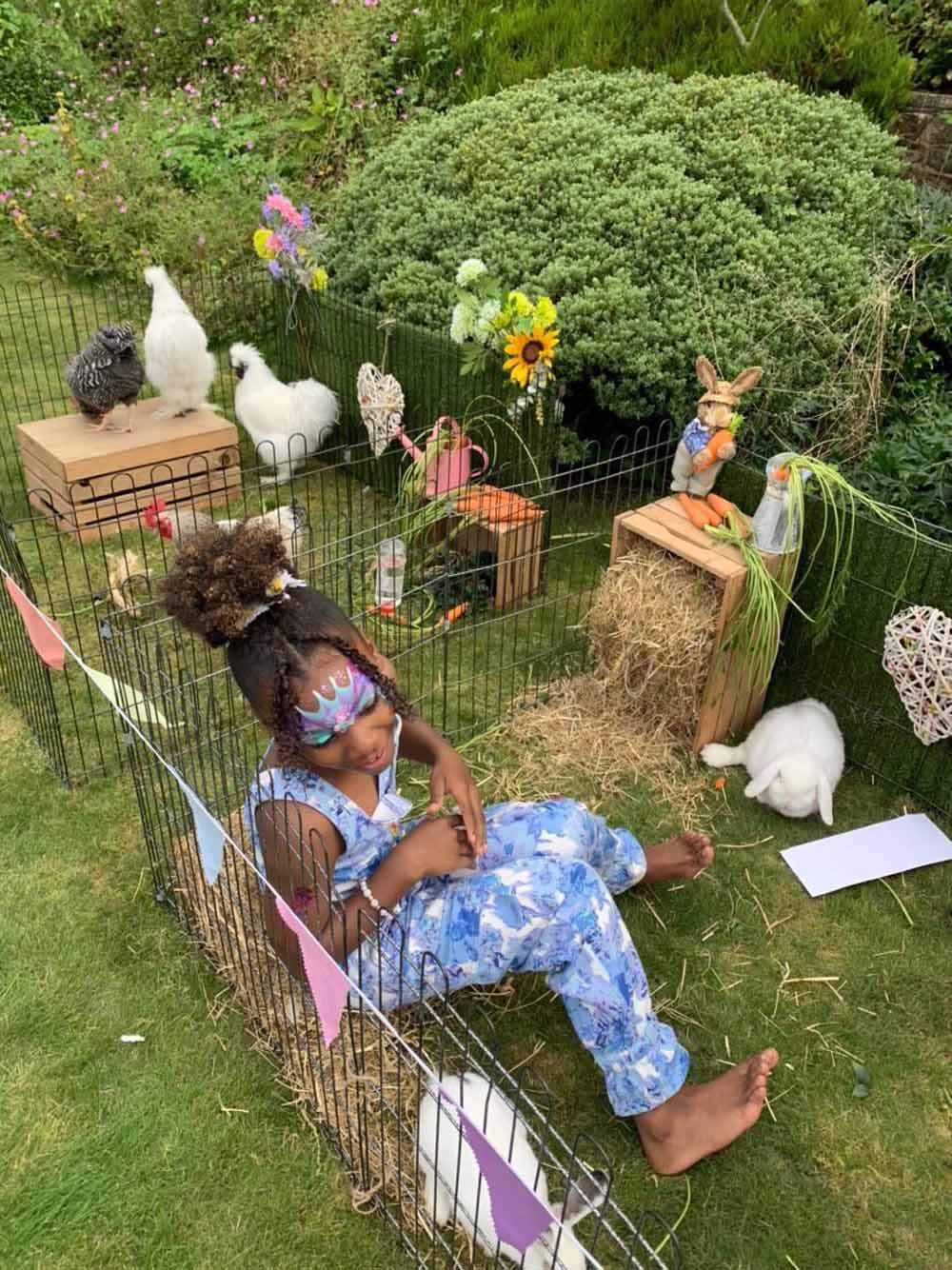 As for the birthday girl, Liyah says her daughter is becoming “quite the hostess”.

She added: “I ask Sky every year if she wants loads of gifts or a big party and one gift.

“She always chooses the party. She’s so used to them now. All her friends come along and she shows them around, works the room. She loves spending time with the people she cares about.”

She added: “Opening a bunch of gifts just wouldn’t compare to her now.”

In fact, Sky has already decided on another summer party for her birthday this year.

Liyah said: “We’re planning it all now. Sky is choosing between an Encanto theme after the film, or a tea party.”

She added: “If she goes with a tea party then we’ll have a dress code – lace gloves, fine china. If it’s Encanto then I’m planning a South American theme, with lots of colour.”

And, while there is no set budget for this year’s party, which is planned for mid summer, Liyah says while she wants a memorable event, she refuses to pay over the odds.

She said: “As I work in the industry, I know what things should cost. I won’t spend silly money.” 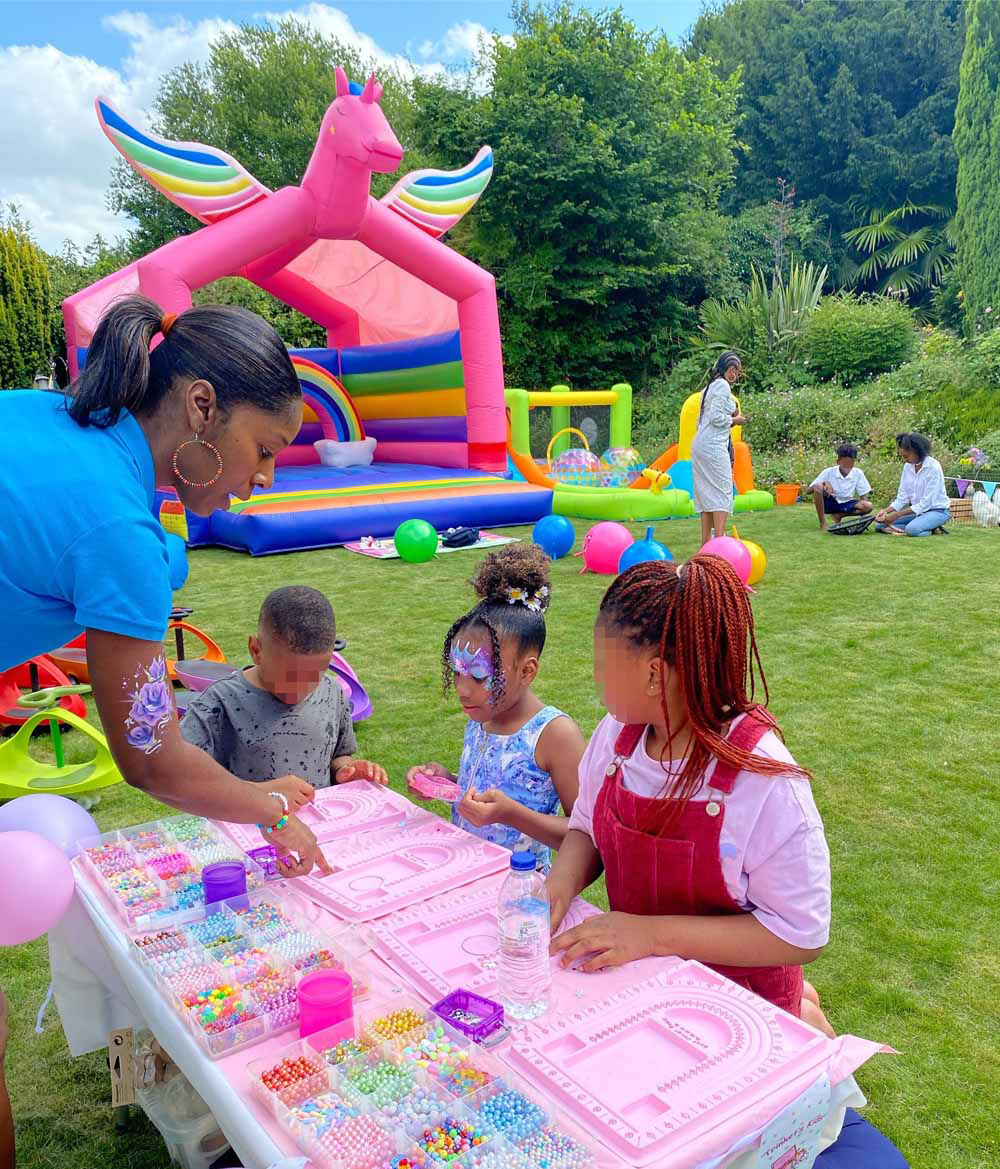 She added: “I also have lots of friends in the events field and we do call in favours where we can. As a mum, I do try to get everything for the best price I can.”

But Sky’s happiness remains priceless to her adoring mum.

She said: “We don’t live this lavish lifestyle 24/7. We like to have a laugh and don’t take ourselves too seriously.”

“Skye’s big birthdays are just about celebrating her. It’s only once a year. Why not go all out?

“We are really down to earth in our family, we just like celebrations.”

Please log in or register to upvote this article
viralcoachellaparty