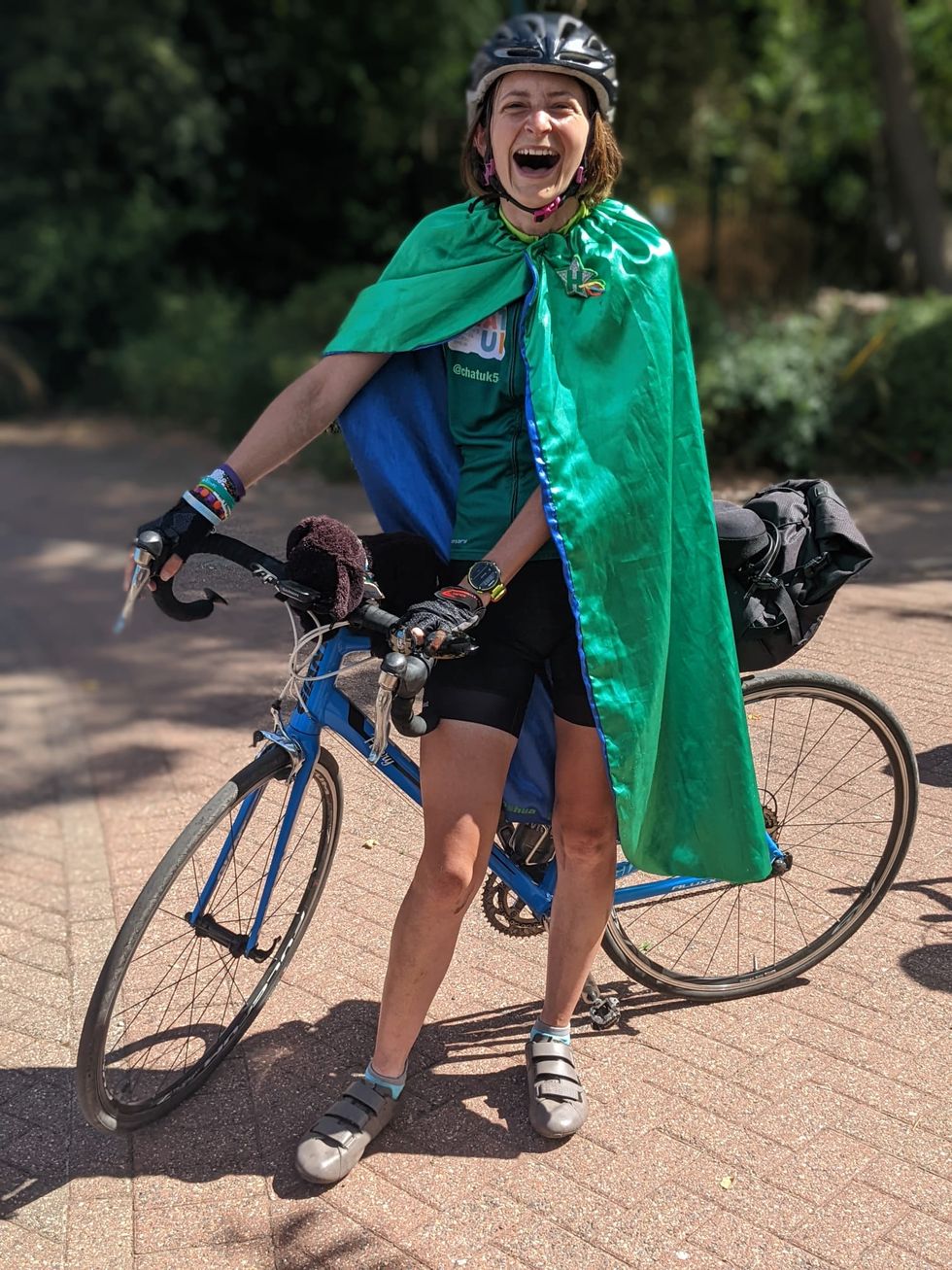 A paediatric nurse has praised the “good being done every day” at the UK’s children’s hospices after completing a 3,200-mile cycle between every centre in just 70 days.

After visiting her 54th and final hospice in Bristol last Thursday, Francesca Lennon completed her journey on Sunday afternoon when she was welcomed with a large party at her home in Chenies, Buckinghamshire.

Including gift aid contributions, the 35-year-old raised more than £87,000 for Together for Short Lives, a children’s palliative care charity which splits funding between the UK’s hospices, and received a Points of Light award at Downing Street for her efforts along the way.

She dedicated the challenge to her close friend’s son Henry, who died from acute myeloid leukaemia aged nine in February, and his family was there to greet her at the finish line.

“It was absolutely incredible… a group of children joined me as well cycling and skating the last 200 metres,” she told the PA news agency.

“Then there was just a massive crowd of family and friends there to greet me – it was very emotional, and just an incredible homecoming.”

Ms Lennon, who slept on her journey in a campervan driven by her stepfather, said her arrival at each children’s hospice was “uplifting”.

“I would get there at the end of a really difficult day of cycling and everyone was so supportive and so welcoming,” she said.

“It is challenging times in the country, particularly with the cost-of-living crisis, and just being able to see the good being done every day and what people are doing to help these children and families … it’s so uplifting.”

During her challenge, Ms Lennon attended a reception at Downing Street where she was presented with a Points of Light Award, given to “outstanding volunteers” making a difference in their community.

“It just happened to be the week I was in London so I managed to go straight from there in my cycling gear to Downing Street,” she said.

Ms Lennon said the award was given to her during “Henry’s week”, a portion of the ride in which she was joined on he ride by Henry’s father, and visited the spot where he is buried.

She dedicated the award to Henry, also naming her bike after him and founding her charity – Children’s Hospices Across The UK (ChatUK) – in his honour.

Before she began training in May 2020, Ms Lennon had not ridden a bike since she was a child.

During her journey, she averaged 46 miles on her bike each day.

“I was out of my comfort zone every day because I am not an experienced cyclist but my body’s been amazing really, I haven’t had any injury. I’ve felt exhausted but otherwise, my legs just kind of kept on pedalling away underneath me,” she said.

“Each day felt like a challenge in itself, so to do 10 weeks of that, I think it’s going to take a long time to process and think about all that’s been achieved in that time.”

Ms Lennon said she wished to be “a voice for seriously ill children and their families” who she said are facing increased pressure as a result of rising costs.

“These are most some of the most vulnerable children and families in society. We need to be looking at how (the cost-of-living crisis) impacts them, and how we best support that,” she said.

“All of the children’s hospitals have to raise millions a year to be able to run their services and all of their costs are going to go up.

“For a lot of our families themselves, a lot of their equipment runs on electricity and they can’t choose to turn that off, they need it to keep their children safe.

“Hopefully, the government will identify that and put some support in.”

Ms Lennon said the biggest challenge faced by most of the children’s hospices she visited is staffing.

“Without enough nurses they can’t offer their service in the way they want to and children and families don’t get that support,” she added.

To donate to Ms Lennon’s cause, visit: www.justgiving.com/team/CHATUK

Please log in or register to upvote this article
BuckinghamshirecarecharitycyclinghealthNHSNurseSocial Care