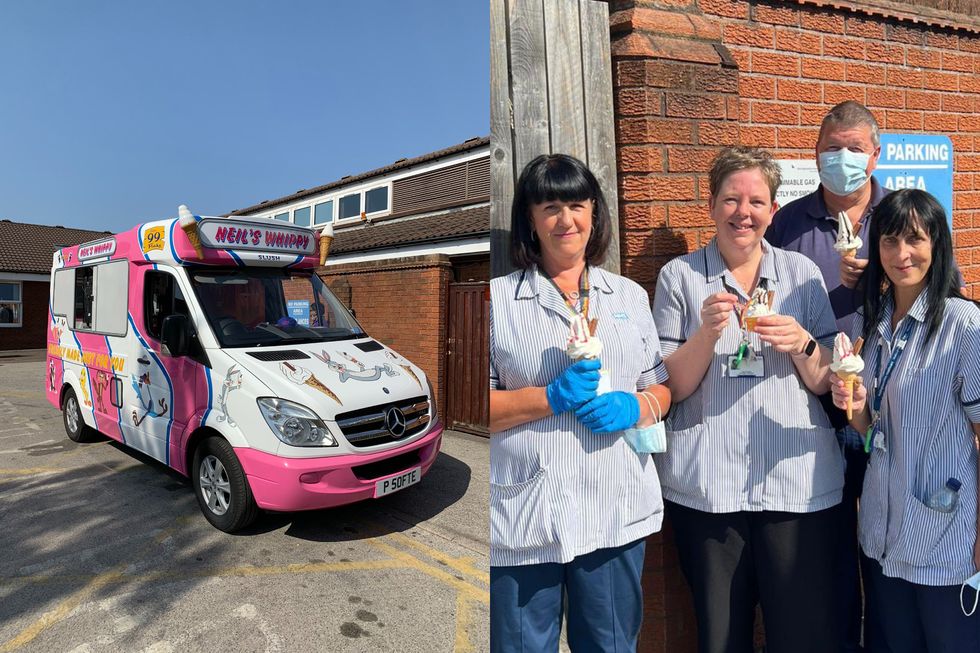 NHS staff were given free ice cream to help them battle the soaring temperatures as supportive treat-givers promised to “never flake” on them.

Organised by several independent groups, ice cream vans parked up outside hospitals and medical centres across various areas in the UK to offer workers some relief from the heat.

Dr Ijlal Haider, a consultant general surgeon at George Eliot Hospital in Nuneaton, Warwickshire, told the PA news agency that the gesture was “totally unexpected” and helped to lift the “the rather dispirited morale amongst staff”.

“In addition to lollies, we had an ice cream van parked outside providing staff members with ice cream and slushies,” the 57-year-old told the PA news agency.

“It does affect and probably helps lift the rather dispirited morale amongst staff, especially following Covid-19 pandemic.

“It was totally unexpected and little gestures like these almost certainly help. Don’t they say, it’s the thought that counts? It means that management does think about and perhaps cogitates.”

Unison East Midlands – a union which represents over 80,000 public service workers in the region – and Alder Hey Children’s NHS Foundation Trust were among several different bodies to surprise hospital staff with the help of local ice cream vans.

“They are private businesses who we have hired to serve the ice cream. Unison East Midlands staff are with the vans helping out,” a Unison spokesperson told PA.

The union said that despite it being “hot, hot, hot”, NHS members do not get a break, so they wanted to be “on hand with free ice cream”.

The gesture comes after the Met Office issued the UK’s first red extreme heat warning for Monday and Tuesday.

Staff at Millbrook Hospital in Mansfield and Queen’s Medical Centre and Highbury Hospital in Nottingham were also among some of the staff welcomed to work by a cool treat.

“An ice surprise for our key workers. We’ll never flake on you,” Unison East Midlands tweeted.