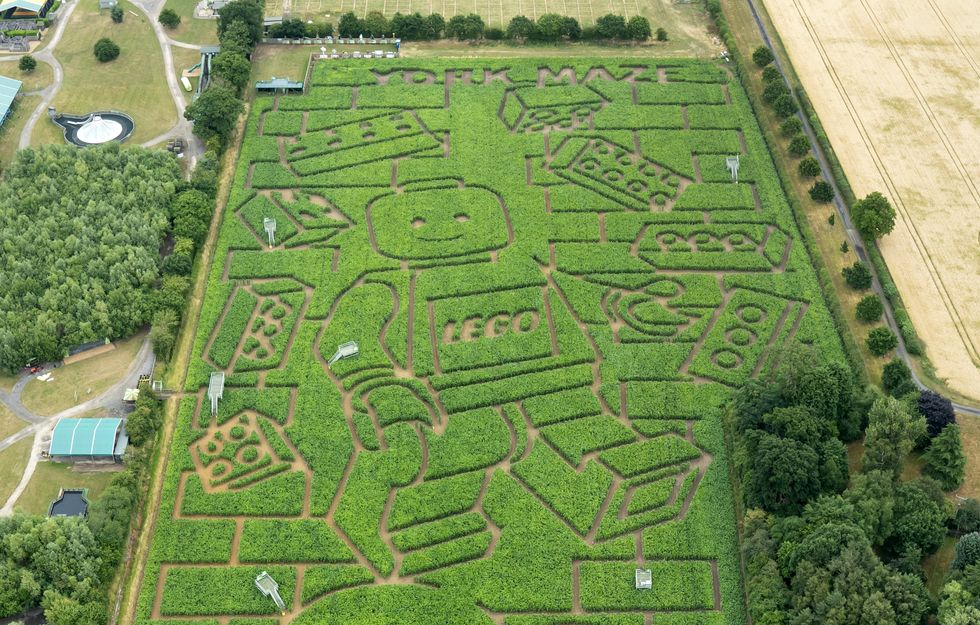 A 15-acre maze in North Yorkshire has been cut into what is believed to be the world’s biggest Lego minifigure to mark the brand’s 90th anniversary.

An aerial view shows the new design, a 492ft character breaking through a wall of bricks, with the words “90 years of play” at the bottom – a nod to Lego’s inception in Billund, Denmark, in 1932.

York Maze claims to be the biggest in Europe created from maize plants, covering an area the size of eight football pitches.

Previous designs for the maze, which boasts more than three miles of pathways, have included The Lion King, Star Wars and Doctor Who.

“When deciding what image to design in the maze I immediately thought of creating the world’s biggest Lego minifigure.

“We challenge visitors to navigate their way around the maze to find the images of six big Lego minifigure boards I’ve hidden in the maze. Find all six minifigures and answer the quiz questions and you could win a prize.”

Isabel Graham, head of marketing at Lego Group UK and Ireland, said: “Ninety years on and play remains at the heart of everything we do at the Lego Group.

“This maze offers another great way for families to play together and we can’t wait until the maze design will be revealed from the sky.”

The Lego-themed maze will be open to the public from Saturday until September 5.

Please log in or register to upvote this article
LegoNorth Yorkshire